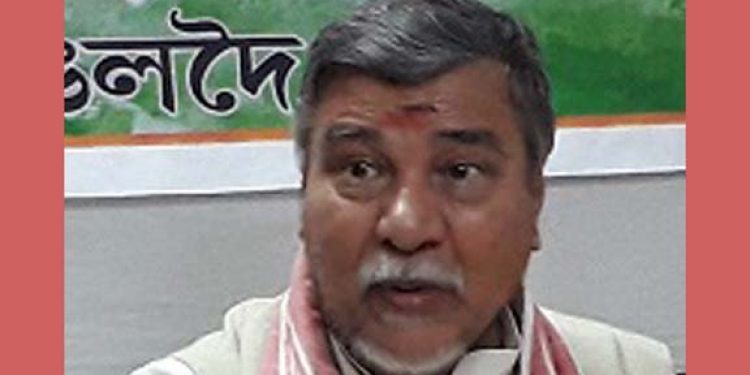 BJP’s central election committee (CEC) has nominated the names of Bhubaneswar Kalita from Assam and Liyeseba Maharaja from Manipur as its candidates for the Rajya Sabha election.

The election for the Upper House is scheduled to be held on March 26.

Bharatiya Janata Party (BJP) sources said the CEC, headed by party president JP Nadda, in its meeting held on Tuesday gave its nod to the names of Bhubaneswar Kalita and Liyeseba Maharaja.

Former Congress MP Bhubaneswar Kalita resigned from Rajya Sabha over the party’s stand against the abrogation of Article 370 and bifurcation of Jammu and Kashmir last year. 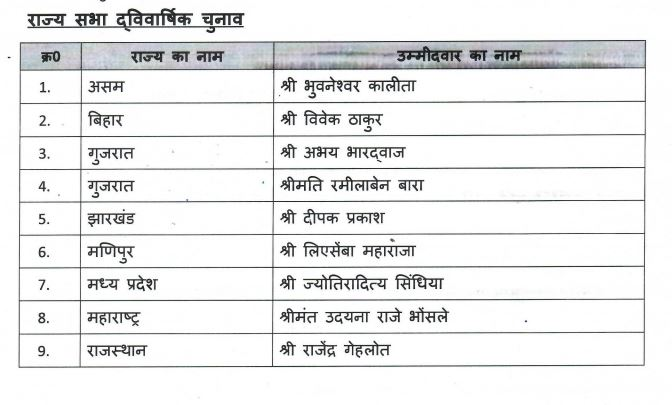 After resigning from Congress he had joined the BJP in August 2019.

Prime Minister Narendra Modi, union defence minister Rajnath Singh, home minister Amit Shah, minister for road transport and highways Nitin Gadkari and all other member of the CEC were present in the meeting.

As expected, the Bharatiya Janata Party (BJP) has also decided to leave one of the Rajya Sabha seats in Assam for the candidate of its coalition partner Bodoland People’s Front (BPF), Biswajit Daimary.

Meanwhile senior journalist Ajit Bhuyan has been finalised as the Rajya Sabha candidate from Assam jointly by the Assam Pradesh Congress Committee (APCC) and the All India United Democratic Front (AIUDF).

The development came when both the parties forged an alliance to contest the third Rajya Sabha seat.

Prashanta Phukan, a senior leader of the Assam BJP, said the BJP and its allies are unlikely to field any candidate for the third seat.

Both the parties were looking for a neutral candidate and Bhuyan stood out as the perfect match.

The senior journalist comes from a non-political background and he has been vocal regarding the Citizenship (Amendment) Act.