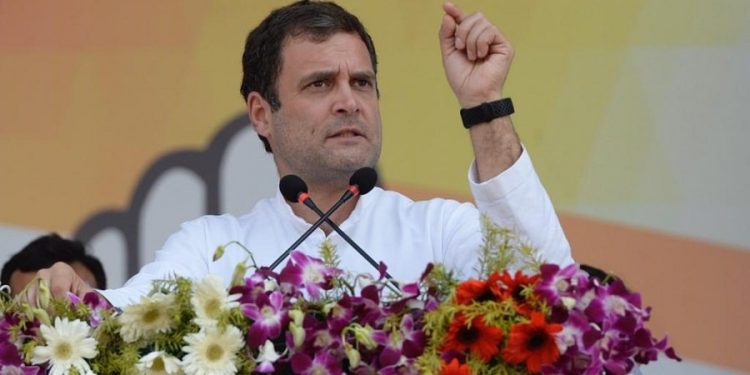 Congress leader Rahul Gandhi will arrive in Sivasagar on February 14 to participate in the party’s “Axom Bachao Ahok” campaign.

The former Congress president will be addressing the public and party leaders and workers at the Boarding Field in Assam’s Sivasagar.

Preparations are underway at the venue for the leader’s visit ahead of the upcoming state assembly elections in Assam.

The Congress launched the “Axom Bachao Ahok” campaign in Guwahati recently to highlight the failures of the BJP led state government.

Under this campaign, the Congress leaders and party workers will visit different places of the state to highlight the loopholes in the ruling state government’s policies.

The party began the “Axom Bachao Ahok” yatra from Bordua, the birthplace of Mahapurush Sirmanta Sankardev in Nagaon district on Friday.

Meanwhile, the party is making all preparations to turn Gandhi’s visit to the state into a grand affair.