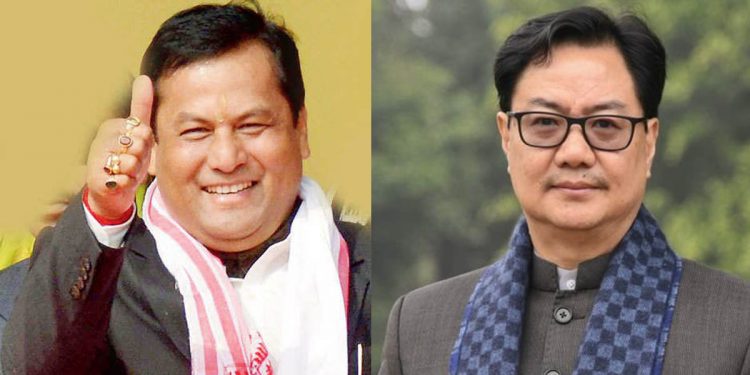 After the expansion of the Union Cabinet, Prime Minister Narendra Modi on Tuesday reconstituted the Cabinet committees and included Union minister Sarbananda Sonowal in the Cabinet Committee on Political Affairs (CCEA).

Kiren Rijiju, who was elevated to the Cabinet rank, was given the charge of law & justice in the recent Cabinet reshuffle.

While crucial ministries are not a part of the CCEA, the ministers belonging to alliance partners, Dalit and minority communities have not been included in the CCPA, say reports.

Mandaviya, who was elevated to the Cabinet rank in the latest reshuffle of the Union Cabinet, was given charge of health, chemicals & fertilizers.

The previous CCEA had 11 members including Harsimrat Kaur of the SAD.

The new committee of the CCEA has only eight members.

The CCPA has no representatives from the alliance partners.

The earlier panel of CCPA had Sukhbir Singh Badal and Ram Vilas Paswan, who represented the Dalit community and Arvind Sawant.

According to reports, Rajnath, Shah and Sitharaman are members of every Cabinet committee formed by Modi.