Former Lok Sabha MP from Mangaldai Ramen Deka has sought a high-level inquiry into the allegation of a group of educationists stealing some goods from a hotel in China during a recent visit.

BJP leader Deka has dashed off a letter to Assam Chief Minister Sarbananda Sonowal seeking the inquiry into the incident.

The controversy started after local media reported that a delegation of educationists including the Vice Chancellor of Dibrugarh University had stolen some goods from a hotel in China during their visit.

The report had also claimed the Chinese government sought a clarification from the Indian government in this regard.

Dibrugarh University Vice Chancellor Ranjit Tamuli, however, held a press conference after the media report and termed the news “false” and “baseless”. 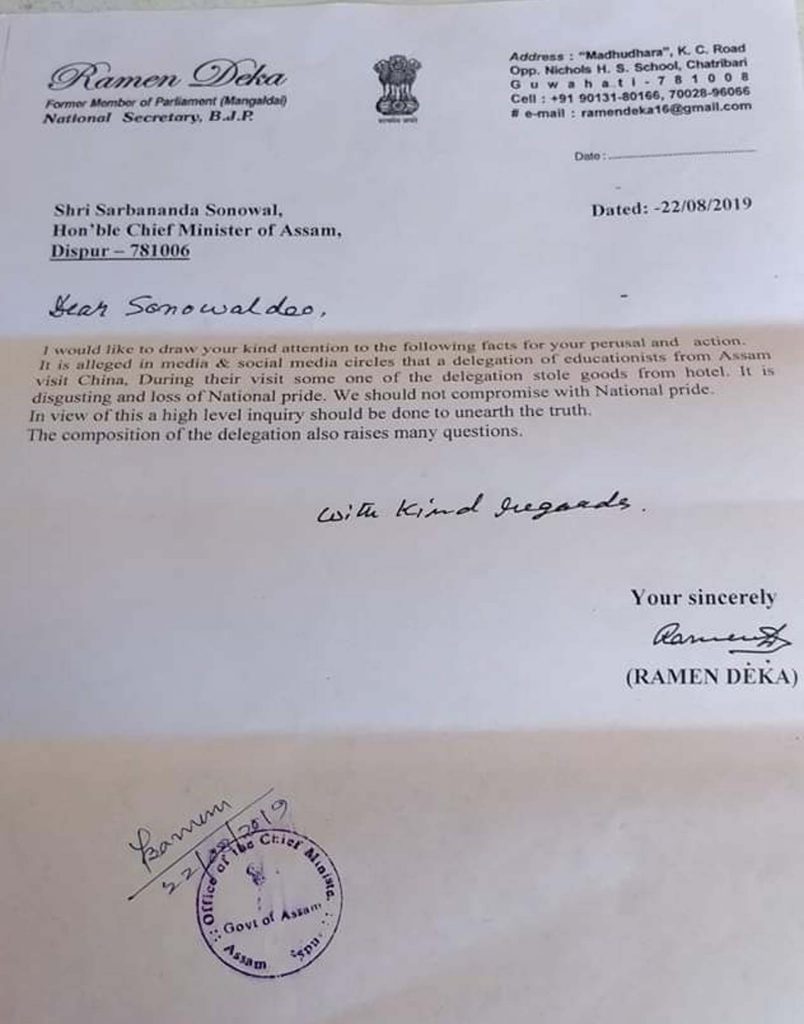 “It was published only to malign the image of the delegates and Dibrugarh University,” Vice Chancellor Tamuli had stated in the press conference.

Deka’s letter to the Assam Chief Minister has, however, challenged the claim of the Vice Chancellor.

“I would like to draw your attention to the following facts for your perusal and action. It is alleged in media and social media circles that a delegation of educationists from Assam visit (sic) China. During their visit some one of the delegation stole goods from hotel,” Deka said in his letter.

“It is disgusting and loss of national pride. We should not compromise with national pride. In view of this a high level inquiry should be done to unearth the truth. The composition of the delegation also raises many questions,” Deka said in his letter to Sonowal.