Contributions to the Assam CM’s Relief Fund (CMRF) continue to pour in as several organizations and individuals have made donations towards the fund on Thursday.

The Chief Minister’s Relief Fund is intended to extend a helping hand to the poorest of the poor who are in distress. 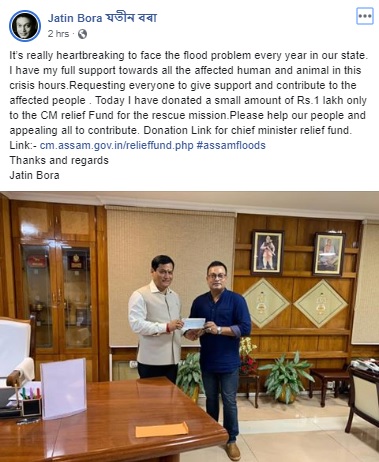 The Assam government has also announced that the people and organisations can also donate to the CMRF by using UPI ID or scanning the QR code.

It may be mentioned that the Assam government has recently made an appeal to the people and organizations to donate for supporting the flood affected people in the state.

Kaziranga set to open for tourists from October 21