NRC: All parties, groups to stand together in Assam’s Kokrajhar 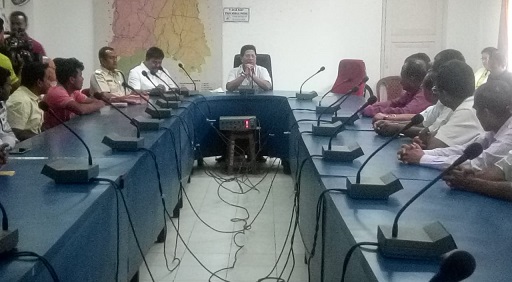 A view of the meeting on NRC at Kokrajhar. Northeast Now

During a meeting at Kokrajhar, organised by the district administration, all the political parties and civil society organisations agreed to stand together against any sort of problems during and after the final draft publication of the National Register of Citizens (NRC) in the district.

During the meeting, Deputy Commissioner Baruah informed the gathering about the present status of the NRC update process in the district and the district administration’s preparedness for the final draft publication of the NRC on June 30.

The DC also answered every query of the members present in the meeting organised on the NRC update process and assured of giving all kind of assistance to the public as per the guidelines of the government.

As a district in-charge of the NRC, ADC Debeswar Bora called upon the people to cooperate with the district administration for smooth and timely completion of the same.

In his speech, ASP Kamal Kr Gupta also informed about the security arrangements from their side at the NRC Seva Kendras (NSKs) and to tackle any untoward incident during the final draft publication of the NRC as well as for present crisis over the Citizenship (Amendment) Bill in the district.

During the meeting, the representatives from all the political parties and civil society organisations assured of extending support to the district administration and wished for a peaceful completion of ongoing NRC update process in the district without affecting the interest of the genuine citizens.