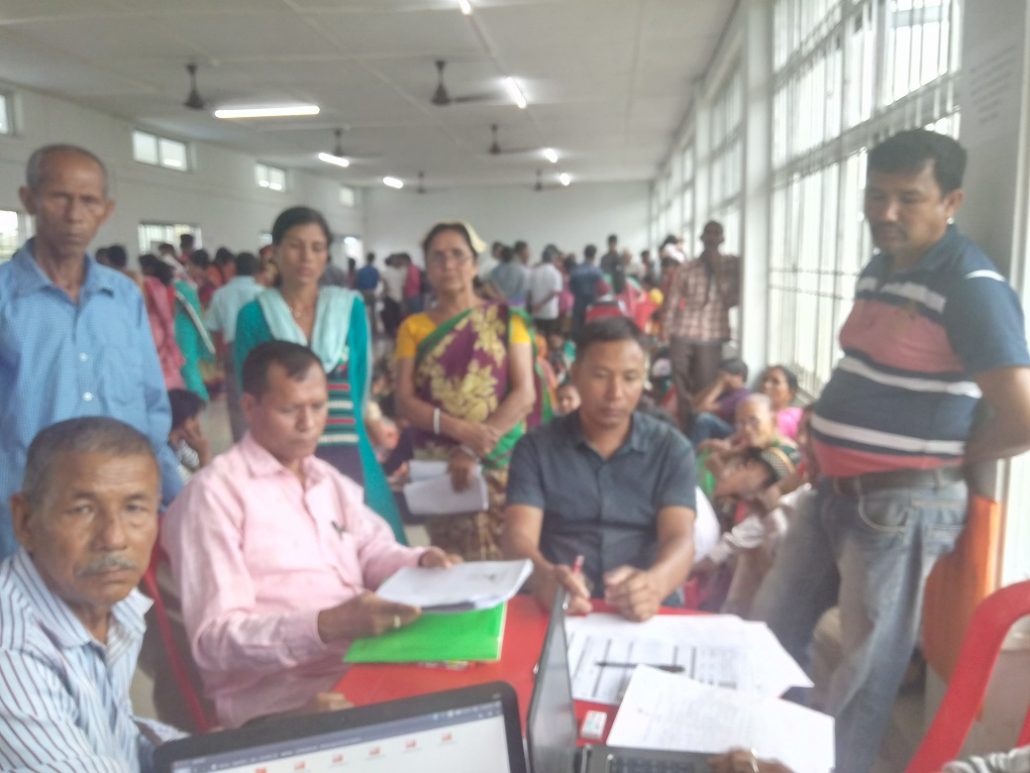 As the updating of National Register of Citizens (NRC) in Assam is nearing an end, work is under way on a war footing to meet the June 30 deadline to publish the draft NRC.

The much expected family tree verification and investigation process  got underway in Udalguri at Udalguri DC office, circuit house and block development office from Tuesday along with other parts of the state.

Meanwhile, along with the people visiting the centres, the investigating officers engaged in the month-long laborious exercise also had a harrowing experience who have expressed dissatisfaction over the activities of the concerned authority for not providing them even a bottle of drinking water and light refreshment for the whole day.

The first draft, recognizing 1.9 crore of the 3.29 crore applicants for inclusion of names in the updated NRC of 1951, was published at the stroke of midnight on December 31.

The updating exercise is according the provisions of the Assam Accord of 1985 that wants the State to be rid of illegal migrants who entered Assam after March 24, 1971.