The fares will start at Rs 6,999; Nok Air will run Guwahati-Bangkok flights twice a week

Nok Air, a low-cost carrier based in Bangkok, to introduce its much-awaited direct flight from Guwahati to Bangkok.

Nok Air will run its Guwahati-Bangkok and Bangkok-Guwahati flights twice a week.

The flight service will start from September 22, 2019.

Nok Air has announced that the fares will start at Rs 6,999. 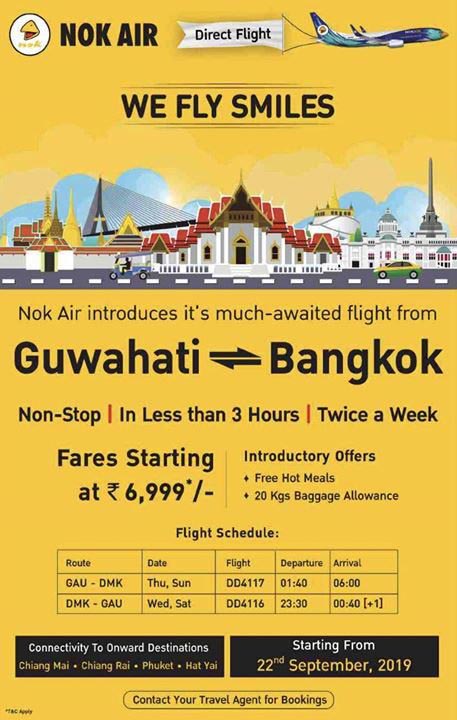 The introductory offers will include free hot meals and 20 kg baggage allowance.

The flight will depart from LGBI Airport in Guwahati at 1:40 am and arrive at DMK Airport in Bangkok, the capital of Thailand at 6 am.

The Nok Air is a subsidiary of Thai Airways International.

The airline runs flight to about 25 destinations across Thailand as well as other points in Myanmar.