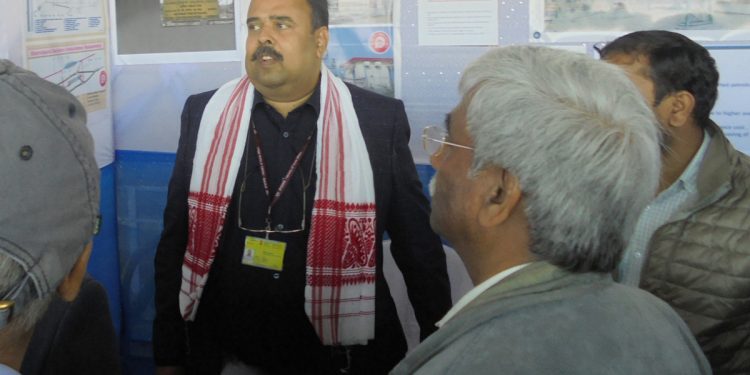 Roy was accompanied by the divisional railway manager of Rangiya, VA Malegaonkar and a host of department officials.

The GM along with the NFR officials inaugurated a newly-built running room and children park at Murkongselek station in Jonai near Pasighat of Arunachal Pradesh.

He also visited the day-long exhibition conducted by the NFR at Murkongselek railway station.

The local people, who reside near the railway station, met the railway GM and submitted a memorandum demanding a railway crossing linking No 2 and No 3 Murkongselek villages.

The GM, who arrived at Murkongselek railway station on a special train on Saturday morning, paid official inspection to the rail stations at Murkongselek, Telam, Simenchapori, Archipathar, Silapathar and Dhemaji.

He also took stock of the ongoing construction and progress of the developmental projects.

Meanwhile, the estate officer of the NF Railway, Rangiya division, served an eviction notice to the encroachers and illegal occupants of railway land at Murkongselek and heard their claims and objections.

The NFR is also taking up a project to extend the Rangiya-Murkongselek BG railway to Pasighat in Arunachal Pradesh.

The survey and land acquisition process against the 8 km stretch of the extended railway route from Murkongselek to Niglok in Arunachal Pradesh has already been completed.