Rangiya junction station in Assam gets a new look 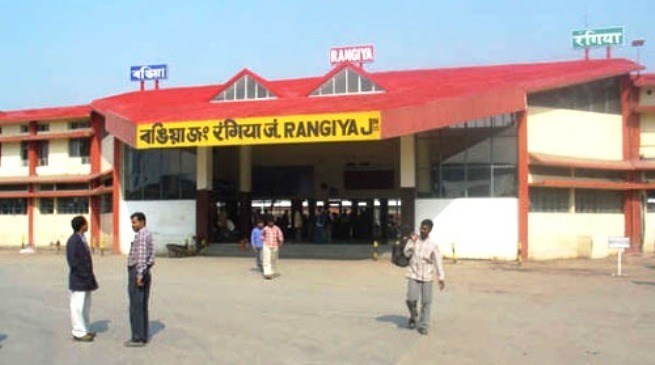 The Indian Railways have stunningly renovated the Rangiya Junction Station in Assam.

As per reports, an amount of Rs 10 to 15 crore has been spent in order to carry out the renovation works in the railway station located in Kamrup Rural district in Assam.

Apart from upgrading the refreshment room and kitchen, the exterior areas of the railway station have also been given a new look.

The station façade has been painted in blue and silver colours and the circulation area have also been renovated.

The parking areas of the station have been upgraded with new pathways for easier movement of vehicles.

The walls of the railway station have been made attractive with local art painting.

Construction of a footbridge and escalators are also in progress in the railway station.

Last year, the Railway Ministry has decided to redevelop 90 railway stations across the country including Rangiya Junction Station into world-class transit hubs with a perfect blend of technology, local culture & history.

The move has been decided in order to enhance passenger amenities at railway stations, hence providing a world-class experience.