Mother-daughter from Assam reunited after 40 years 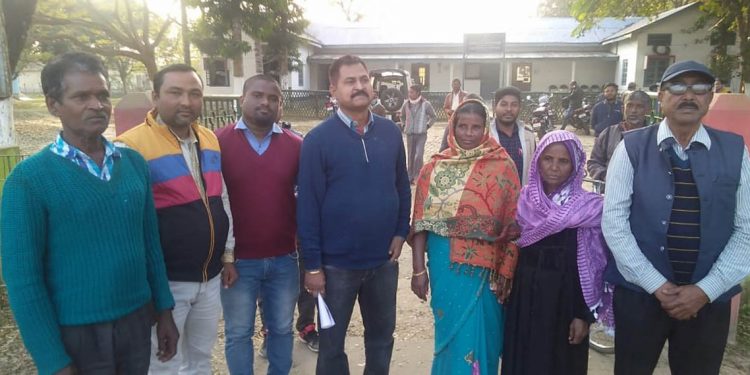 The web search engine ‘Google’ and the government website ‘nic.in’ helped reunite a mother and daughter from the Nagarbera area under Assam’s Kamrup (rural) district after 40 years of their separation.

The fortunate mother is Hajera Khatun who has been united with her daughter Soriton Nessa.

While the reunion took place on Sunday, the Bollywood style story came to light on Tuesday.

According to Hajera Khatun, they got separated in the eighties in Guwahati when she along with her then 10-year-old daughter Soriton went to the city in search of job.

Soriton was later found crying alone near the Gauhati Medical College and Hospital (GMCH) by a young mason, Ram Dulal.

Ram Dulal took her to his hut in the Bhangagarh area and searched for her mother, but he failed to locate her anywhere.

Later, he gave recognition to their relationship by marrying her and went back to his home district, Gorokhpur in Uttar Pradesh and Soriton changed her name to Aasha Devi.

“We had been living there for several decades. I gave birth to three children. As they grew up, I told them about my Assam connection. I always felt a desire to see my mother,” said Soriton.

“But I could hardly remember anything except the name of the suburban town, Nagarbera. However, my sons found the circle officer’s number and through him my desire has been fulfilled,” she said.

As time passed by, Soriton’s three sons have also grown up. While one has become a science teacher, two are studying in medical colleges.

“In the first week of January, I received a call from a lady, who was asking me whether Nagarbera is in the same area near the river Joljoli. She was also inquiring about Hazera Khatun of Kalyanpur village,” said Dhrubajyoti Das, circle officer, Nagarbera.

Later, Das with the help of a few locals collected details of Hazera Khatun and informed Soriton over her phone number.

Soriton, accompanied by her husband and sons, arrived at Nagarbera on Sunday.

However, their story remained hidden till they met Dhrubajyoti Das in his office on Tuesday.

”I am happy that I could help the family get reunited,” said Das.

Hazera Khatun, who is now in her eighties, was soaked in emotion.

“She was my only daughter and throughout these years, I only waited to see her again. I can’t express my ecstasy now. I always hoped she would come back one day,” said Khatun.

Reportedly, Ram Dulal’s family will stay for some time in Nagarbera, then leave for Gorakhpur again.