The accused - Sayed Ali has been shifted to GMCH in Guwahati, Assam for treatment. 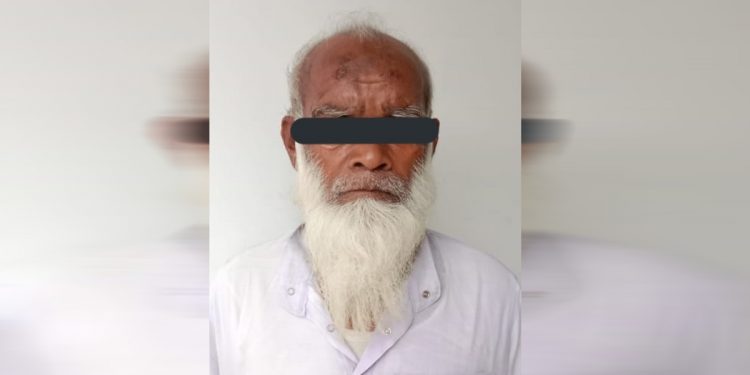 The 65-year-old accused in the horrific rape and murder of a nine-year-old girl in Assam’s Morigaon, was shot at by the police as he tried to flee from custody.

The accused, Sayed Ali, tried to flee when the police took him to the crime scene.

Two rounds were fired in which the accused sustained injuries.

“The accused tried to flee. Police resorted to two rounds of firing and he was injured,” Morigaon SP Aparna Natarajan said.

Meanwhile, the accused – Sayed Ali has been shifted to the Gauhati Medical College Hospital (GMCH) for treatment.

“One Syed Ali, accused of rape and murder of a minor girl at Bhuragaon, Morigaon district while being taken for reconstruction of scene of crime tried to escape under garb of answering nature’s call. Morigaon Police had to use lawful minimum force to prevent escape,” Assam special DGP – GP Singh said.

Sayed Ali was arrested from near Buragaon in Morigaon district of Assam on June 28.

Sayyad Ali was on the run ever since the body of the minor girl was recovered from a field near the Brahmaputra River.

Body of the 9-year-old girl, who hails from Balidunga village under Bhuragaon police station in Morigaon district, was found in a field near the Brahmaputra River on June 20.