Do you remember the election campaign of the BJP in the parliamentary elections in 2014? Never before such a blitzing campaign was launched by any political party in any elections in India. As expected it paid handsomely to the party. After the elections, the showbiz mentality has gone deeper into the minds and hearts of the BJP leaders. One can see it clearly in the functioning of the Assam government. It seems the priority of this government is to organize festivals and other mega events.

Immediately after coming to power, it organized Namami Bhramaputra – a big river festival in 21 districts across the state touched by river Brahmaputra from March 31 to April 4, 2017 and it was centrally celebrated in Guwahati. The state government spent a whopping amount of Rs 14 crore in it and for months the entire state administration was busy with the preparations of the festival as if they didn’t have anything else to do.

Such extravagancy was not taken well by the general public and the media was also critical of it. But the government didn’t pay any heed to such criticisms. Only recently they organised Namami Barak festival   with similar fanfare.

The current Assam government has also surpassed all the earlier governments in publishing advertisements in the newspapers. Since the coming of the BJP government, hardly a day passes without an advertisement being published in a daily newspaper with the pictures of either chief minister Sarbananda Sonowal or Himanta Biswa Sarma, who holds multiple portfolios or both. There are also instances when on the same day for the same occasion in the same newspaper two separate advertisements were released with their pictures.

We understand, it may be necessary for a government to release advertisement in newspapers occasionally with the picture of the chief minister. Sometime the other ministers may also appear in the advertisement. But to do it continually for two ministers almost every day is beyond any understanding.

This kind of expenditure is nothing but a colossal wastage of public exchequer. What public good will be achieved through such exercise? Is it not an image building initiative for   the chief minister and the other minister at the cost of public money? Isn’t it also a ploy to keep the media houses in good humour by indirectly funding them? 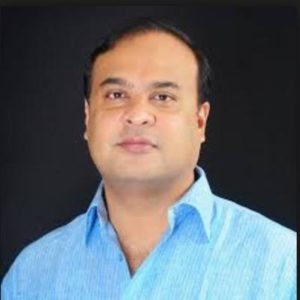 We have every reason to think that this government believes that the appearance is more important than the reality. The actual thing   may be insignificant but it must be projected big and amplified. The event may be a small squeak, but its publicity must be a big hoo-ha.  So for everything, whether it is a sports event or a film festival or whatever, there must be a blazing and massive publicity campaign around it. It is also done in a sophisticated manner to intensify its effects and impact on the minds the people.  It is heard that these days such assignments are all being outsourced.

Each morning, when you read the morning newspapers in your home, you are greeted with a big advertisement of the chief minister or the other ministers. Again when you go out to work, you are again greeted by the huge smiling roadside cutouts or hoardings of the duo. In a way you feel as if your existence is dependent on them. You are none, but they are keeping you floating. So you need to pay obeisance to both these personalities at home and outside.

Is it a healthy culture? Does it augur well for a democracy? In a democracy, the citizens should reign supreme and the ministers and other people in the high offices are nothing but the servants of the people. Gandhi used to call them the public trustees. People have bestowed their trust on you and you should make best use of their trust and serve them to the best of your ability. But now people have receded to the background and ministers are coming to the front.

Apart from this blitzing publicity what else is happening in the ground reality? The knowledgeable people say that things are either not moving or   moving very slow.  When you speak to people from the business community, they say that business activities are not expanding rather shrinking.  You could see that outwardly too.

The contractors say that their bills are pending and new work orders are being withheld.   The pending bills are worrisome, because if bills are pending where will they get the money to work for the new projects. Then you hear from the bureaucrats that they are busy all the time in meetings. Meetings after meetings with no concrete results and decisions. The economy is not looking up and unorganized sector is in doldrums. And where is the good governance which was talked about so much before the elections?

Before Sonowal became the chief minister, once there was an occasion to meet him in Guwahati Circuit House by the writer of this piece. While talking about good governance, it was pointed out to him that good governance is nothing but doing a thing the way it should be done. Sonowal quickly agreed. Then, why should we create so much hype for the routine things? Is it not prudent to attend to the routine things promptly and judiciously without any fuss?

Malakar is a commentator based in Guwahati. He can be reached at [email protected]