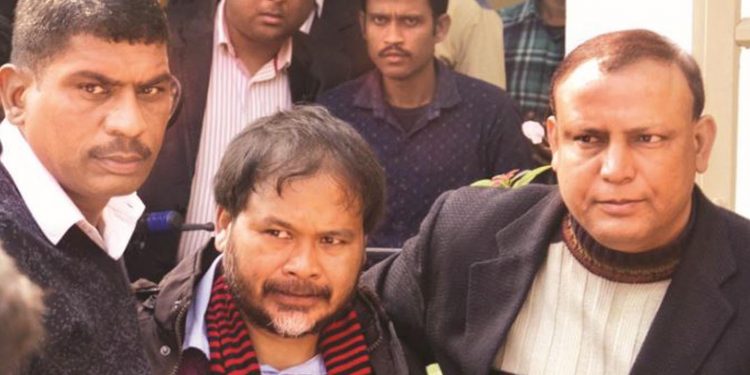 Krishak Mukti Sangram Samiti (KMSS) advisor Akhil Gogoi on Wednesday alleged that living condition of jail is pathetic and inmates’ health conditions have been severely affected by it.

He was taken to the Gauhati Medical College and Hospital (GMCH) for treatment on Wednesday when he said this to the media persons waiting outside the hospital.

“Condition of jail is pathetic and several inmates’ health condition deteriorates during their stay,” Gogoi said.

“On February 11 one inmate name Karuna Saikia died due to the lack of basic medical facilities in the jail. He was imprisoned for the last 17 years,” Gogoi added.

“Moreover, the quality of food is also poor,” the KMSS leader further said.

Speaking about his own health condition, Gogoi said, “I am feeling a little better now.”

Gogoi is currently lodged in Guwahati Central Jail after he was arrested in December during the anti-Citizenship (Amendment) Act (CAA) movement.

He has been suffering from severe backache, urology problem and several other ailments.