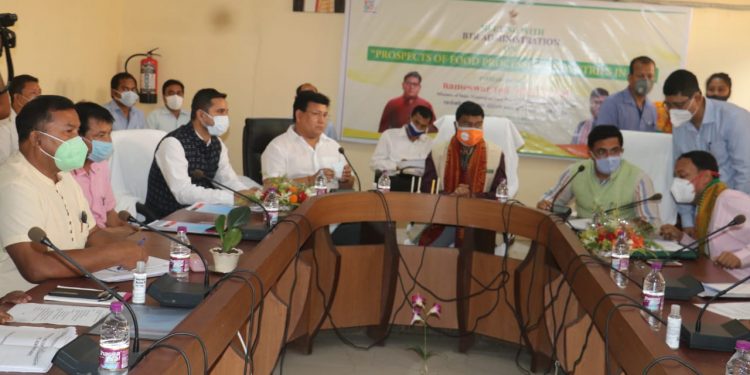 He also said that a mini food park would soon be established in the region.

The Union minister visited Kokrajhar on Monday and had a meeting with BTR chief executive member Pramod Boro to discuss the prospect of the food processing industry in the region.

“The BTR has great potential for organic farming. As a step forward, a mini food park will be set up in the region. The viability of setting up food processing industries is also being considered,” said Rameshwar Teli.

“Under these schemes different options are being provided to farmers and entrepreneurs, which can be implemented in the region,” Teli said

BTR chief Pramod Boro said that the Union government’s support to endeavours of BTR government in taking local food products of Bodoland to the global level will benefit thousands of farmers.