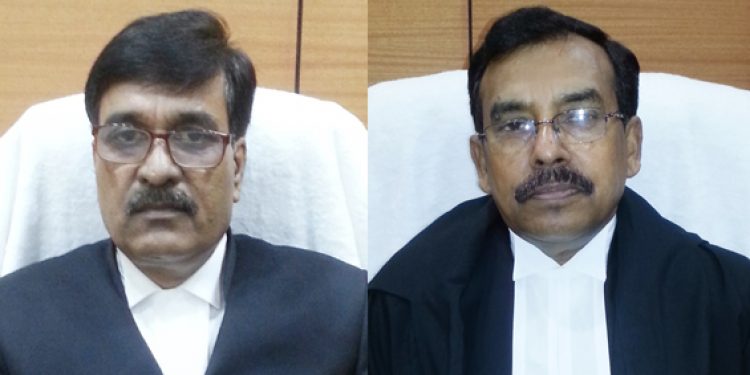 The notice reads as: “In exercise of the powers conferred by Clause (I) of Article 217 of the Constitution of India, the President is pleased to appoint (i) Shri Justice Hitesh Kumar Sarma, and (ii) Shri Justice Mir Alfaz Ali, Additional Judges of the Gauhati High Court, to be Judges of the Gauhati High Court with effect from the date they assume charge of their respective office.”

Sarma completed his graduation in Arts from Bajali College, Pathshala, in 1981 and did his LL.B from the JB Law College in Guwahati, in 1985.

Before joining the Assam Judicial Service as judicial magistrate in Tinsukia, on December 8, 1988, Sarma joined the legal practice at Barpeta District Bar.

He joined the Gauhati High Court as a deputy registrar after being promoted.

In 2005, Sarma was posted as the chief judicial magistrateof Kamrup in Guwahati and was later promoted as the additional district & sessions judge (FTC), in 2006 and posted in Guwahati.

During the period from April, 2007 to the first week of February, 2011, Sarma worked in the Gauhati High Court as registrar (Judicial), registrar (administration) and as registrar (Vigilance).

He was later transferred and posted as district judge of Sivasagar. After that he served as the district & sessions judge of Goalpara and Kamrup (Metro).

Thereafter, he was posted as special judge, CBI and NIA, Assam.

From 2013 to 2016, Sarma also served as the president of the Assam Judicial Service Officers Association.

On the other hand, Mir Alfaz Ali, who was born on April 21, 1959, at Ekrabari village in Udalguri district of Assam, completed his schooling from Kharupetia High School and obtained Bachelors degree with honours in Economics from Mangaldoi College in 1978.

After obtaining MA and LLB degree from Gauhati University, Ali enrolled as an advocate with the Bar Council of Assam, Nagaland, Meghalaya, Manipur, and Tripura on August 16, 1985 followed by practice in Mangaldai District Court till May, 1989.

Ali was elevated as the additional judge of the Gauhati High Court on May 19, 2017.