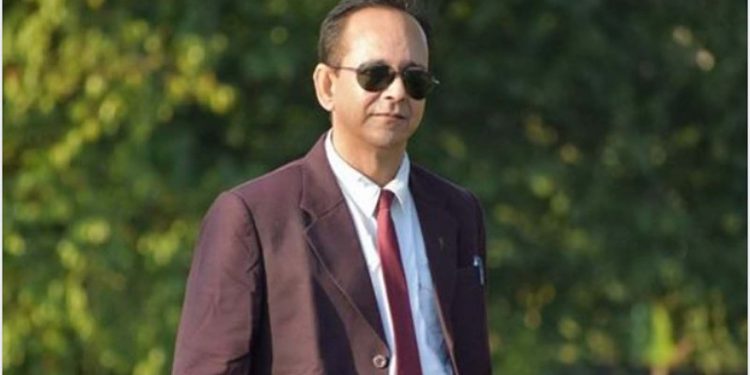 Hitesh Dev Sarma is currently serving as the secretary to the government of Assam, urban development and finance departments.

Sarma has been “transferred and posted as the secretary to the govt. of Assam, home and political departments and the state coordinator, National Register of Citizens (NRC), Assam and I/c, directorate of NRC, Assam,” said a government order.

The order has been issued on Saturday by K.K. Dwidevi, commissioner & secretary to the government of Assam, personnel (A) department. 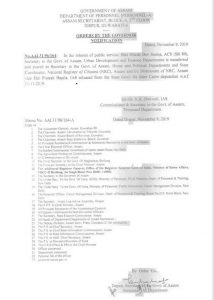 According to the order, Sarma has been given the new responsibility since “Prateek Hajela, IAS, released from the state govt. for Inter-Cadre deputation” with effect from November 11, 2019.

Another order issued on the same day said the services of IAS officer of 1995 batch, Prateek Hajela, principal secretary to the government of Assam, home and political department and state coordinator, NRC & in-charge of directorate of NRC, Assam, are placed at the disposal of the Madhya Pradesh government.

As per the order issued by Ruby Bhuyan, secretary to the govt. of Assam, Personnel (A) department, Hajela will be on deputation from “Assam-Meghalaya cadre to Madhya Pradesh cadre for a period of 3 (three) years”. 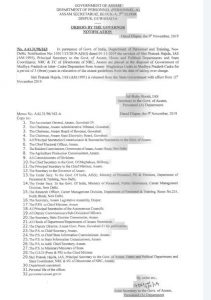 The NRC update process in Assam was started with Hajela as the state coordinator under the supervision of the Supreme Court.

The final NRC list was published on August 31 last with exclusion of over 19 lakh names.

While a section of organizations hailed the publication of the updated NRC and termed it a ‘historic document’, some other organizations including the BJP were not happy with it saying that it is full of anomalies.

The Supreme Court recently issued a transfer order of Hajela.