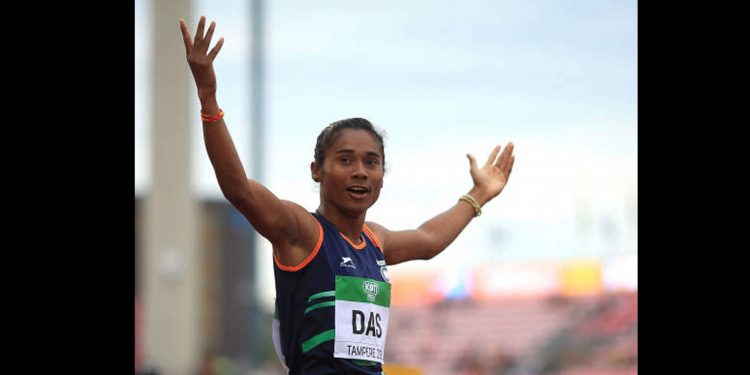 The decision weakens her chances that she had for qualifying the Tokyo Olympics in 400 metres.

The ‘Dhing Express’ suffered from a severe backache last year that kept her out of several competitions, including the world championships in Doha.

“She does not have the basic conditioning level she needs,” The Indian Express reported quoting Athletics Federation of India’s high-performance director Volker Herrmann.

“Hene, it does not make sense to focus on the 400 meters this season,” Volker added.

Volker further said that in 400 metres a decent amount of endurance.

Volker further said that the AFI did not want to repeat the mistakes of the last season as there are only four and a half months left for the qualifying period for Olympics.

“If Hima is put into the 400-meter competitions, there would be a lot of pressure on her and AFI don’t want to do it,” Volker further said.

“She is still young and we don’t want to rush anything,” Volker reiterated.

Volker further informed that presently, Hima Das’ main limitation is her speed for a 400-meter runner.

“So this year, as far as individual events go, the young athlete will focus more on the 200 meters,” Volker added.

Volker further said the aim was to improve her personal best.

“From 2021 onwards with better speed base and hopefully with more endurance as well, she can focus on improving her 400-meter performance,” Volker further said.

The qualifying time for this category is set at 22.80 seconds.