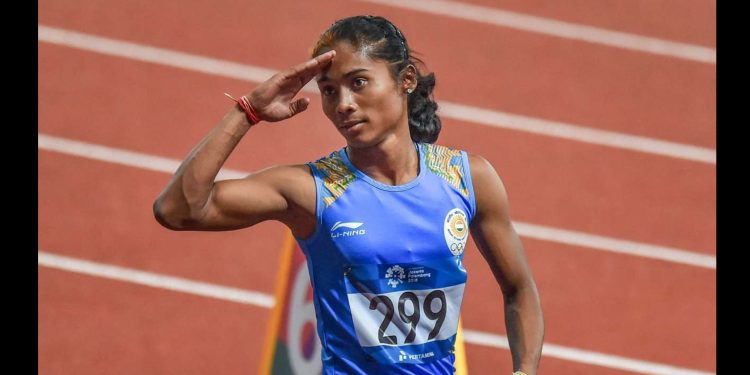 Sprint queen Hima Das is ruled out of the upcoming IAAF World Championships scheduled from September 27 in Doha.

This was officially confirmed by the Athletics Federation of India (AFI) on Wednesday.

This ended the speculations regarding her participation after AFI left her out of the initial list submitted to IAAF earlier this month.

“Unfortunately, 400m athlete Hima Das will not compete at the World Championships in Doha due to a back injury,” AFI statement read.

The world junior champion has been struggling with back injuries since last year’s Asian Games.

She, in fact, pulled out of heats at the Asian Championships in Doha earlier this year.

With just 10 months left for the Olympics, is this the end of the road for her Olympic dream or does she still has time to recover and get into contention?

World Championships in Doha is considered as a ticket to the Olympics and with she not a part of any longer, the road for Olympics get tougher.

The Dhing Express, however, will have a few chances to get her back in the contention but to achieve that, she will have to immensely improve her timing.