Rupon Sing Ronghang, who served as MoS for education in Tarun Gogoi ministry, passed away in Diphu Civil Hospital 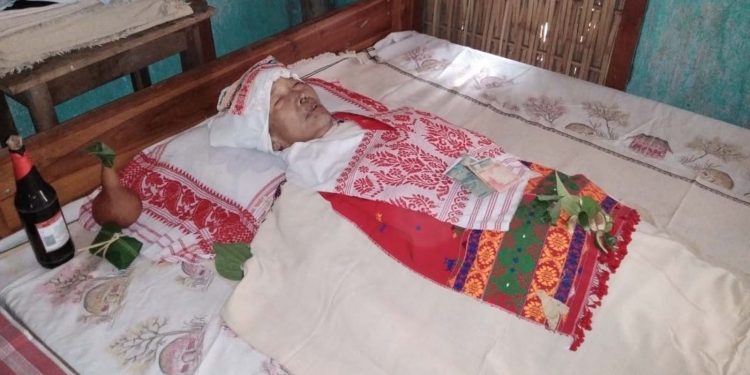 He did his M.Sc from Gauhati University and later obtained a law degree.

Ronghang served as liaison officer in Coffee Board but later he quit the government service.

He was associated with various social organisations including KANCHASDCOM where he was the president.

Ronghang entered active politics in 1999 after joining the Congress party.

In 2001, he contested the State Assembly election from Baithalangso on party ticket and won the polls.

In the government of the then chief minister Tarun Gogoi, he became the minister of state for education.

Late Ronghang will be cremated on Tuesday.

After the demise of the former minister, condolences continue to pour in for the bereaved family members of Ronghang.

In his condolence message, the CEM said: “He (Rupon Sing Ronghang) had been an influential leader of his time.”

My condolences to the bereaved family of Lt. Ruponsing Ronghang, ex- Minister, who passed away today. He had been an influential leader of his time. pic.twitter.com/qi80UgZTS6

Karbi Anglong District Congress Committee (KADCC) held a condolence meeting for the late leader at its office at Diphu in presence of DCC president Khorsing Engti.

In a condolence message, Sonowal stated: “The people of the state will remember the bold role played by late Ronghang for the development of the state as a public representative.”

Stating that late Ronghang was engaged with different social organization, Sonowal stated: “His demise is an irreparable loss in the state’s political and social life.”

He also expressed deep condolence to the bereaved family members of late Ronghang.