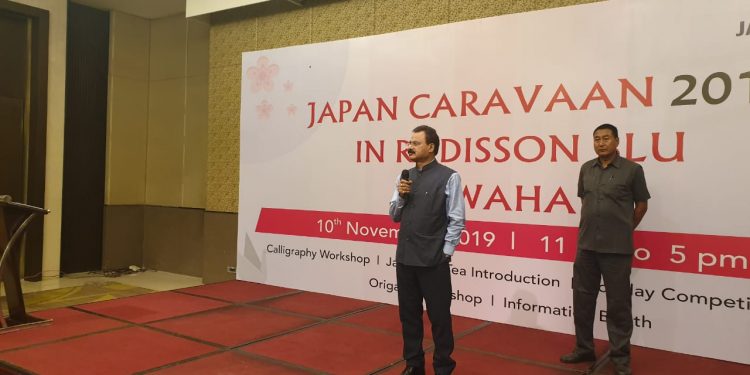 The programme was held to showcase some of Japan’s best talents like origami, calligraphy, Japanese tea besides other cultural activities.

Addressing the programme, Patowary asked the youths to learn the Japanese language so that they can get better job opportunities in Japanese companies and secure their future.

“If you learn the Japanese language, you will be inspired to lead a disciplined life as the Japanese are known for,” he sad.

“The Assam Government is also in talks with Japan External Trade Organization (JETRO) to set up an industrial hub of 150 companies at Nagarbera,” added Patowary.

The Minister also stated that the State may soon host a business summit with Japan after conducting the India Bangladesh Stakeholders’ Summit recently.