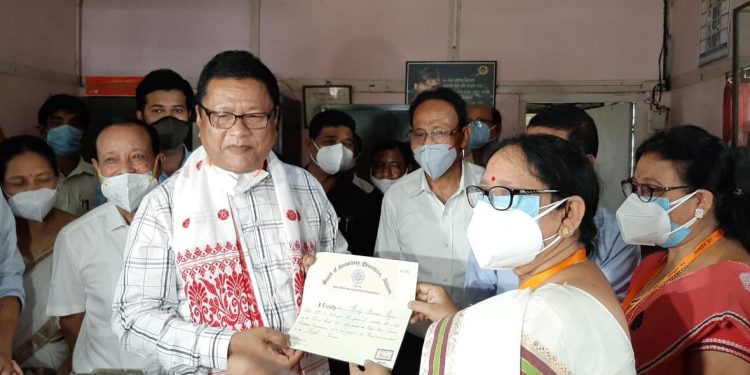 Assam education minister Ranoj Pegu on Saturday said that the state education department would take up several schemes to bring back the lost glory of schools, which are more than 50 years old.

The minister on Saturday visited his alma mater Shankardev Seminary in Assam’s Jorhat after a span of 43 years.

“The Assam education department will take up several schemes to renovate schools, which were more than 50 years old,” Pegu said.

“Several institutes which had been established 100 years ago have fallen on bad days, mostly due to the proliferation of private institutes. Earlier it was from these institutes that students excelled,” the minister said.

“These institutes laid the foundation of education in the state and the government will try to bring back the lost glory, which these schools once held by implementing different schemes from next year,” he said.

The Shankardev Seminary is 108 years old.

Headmistress of the school, Nibedita Baruah presented Pegu with his original matriculation certificate on the occasion, which was retrieved from a mass of old documents.

She also presented a memorandum to the minister stating the problems being faced by the school, to which Pegu said that he would rectify them.

Going down memory lane the minister said that he had passed in the first division from his school and had played football, taken part in debates and written plays during his school days.

He paid rich tributes to the founder of the school, Biman Baruah and his former teachers Brajen Kataky, Kshetradhar Baruah and former headmaster and teacher Suresh Baruah, who were present on the occasion.

Suresh Baruah said, “We are all very proud of his achievement,” he said.

During his visit to the Assam Agricultural on Saturdar, the education minister also said that the university should impart agri-education in consonance with the national education policy.

The university should take up research projects, which would develop traditional methods of farming.