Pujashree Old Age Home situated 5 km from Dibrugarh town is doing a yeomen service for the elderly people who are neglected by their own children.

Situated in the middle of the lush green tea garden of Lekai Thakurthan under Khonikor Gaon panchayat of Lahowal, Pujashree was opened in 2018 with the capacity of 20 beds to give shelter to such elderly people.

The noble task was taken up by two small-time tea growers, Girin Gogoi and Devajani Gogoi, who set up the old age home at Lekai Thakurthan to provide a shelter of love, care and warmth for the senior citizens.

“We have seen that the senior citizens are often neglected by their own children. Hence, we decided to open the old age home which will provide shelter to these elderly persons in need,” said Devajani Gogoi, president of Pujashree ashram.

Although the ashram has provided a suitable home to the aging folks, the owners’ efforts are constantly thwarted due to a grave problem.

Devajani mentioned that the location of the old-age home stays riddled with problems which need immediate attention.

“Our road condition is pathetic and during monsoon, it becomes a challenge to cross the muddy road. We have urged Lahowal MLA Rituparna Baruah to construct the road but he has done nothing to fix the road yet. If any emergency befalls, then it will be tough for us to provide medical facilities to the elderly persons,” she asserts.

Girin Gogoi, Secretary of Pujashree ashram also mentioned that they have urged the department concerned to construct the road because it is a serious matter that concerns the senior citizens. 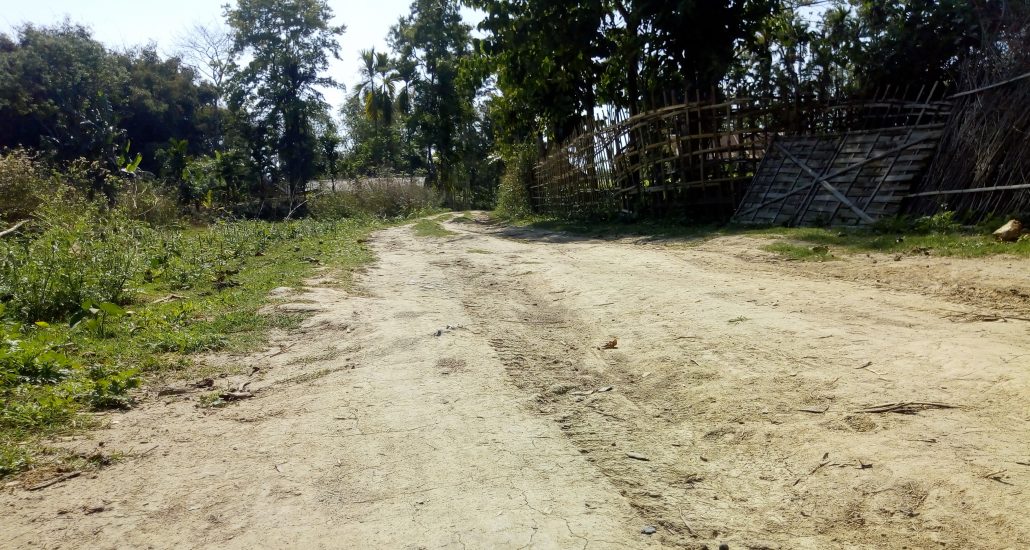 Senior Congress leader Prithibi Maji has been elected several times from the Lahowal constituency but he too has taken no steps to construct the roads.

“Why has the roads been neglected for decades? Despite several pleas to the Lahowal MLA, he hasn’t prioritized the issue,” alleged Devajani.

“Now five elderly persons are living at Pujashree ashram and we are providing every faclities to them. But sometimes some of them fall sick and require immediate expert medical attention. That is when becomes very difficult for us to go for medical facilities due to the bad condition of the roads,” she added.