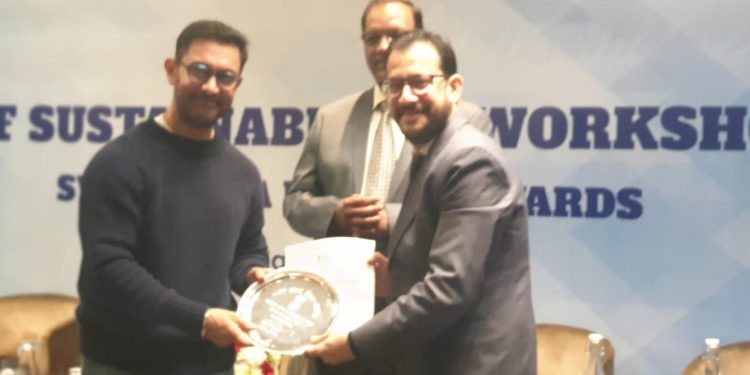 Dibrugarh district has been awarded with the Plastic Waste Management Award -2020 on Sunday for being the best district of India in plastic waste management category during Swachhta Hi Sewa 2019.

Dibrugarh deputy commissioner Pallav Gopal Jha received the award from renowned Bollywood actor Amir Khan in a function in Delhi as recognition to the innovative and effective efforts taken by the district in managing plastic waste in rural areas of the district.

The function was organized by the department of drinking water and sanitation, ministry of Jal Shakti.

Swachhta Hi Seva 2019, a massive nationwide awareness and mobilization campaign on Swachhta, was launched by Prime Minister Narendra Modi at Mathura on September 11, 2019.

“We are happy after Dibrugarh received the award. We are proud of our district get the best district in plastic waste management,” said Amit Agarwalla, a resident of Dibrugarh.

During this campaign, massive awareness and mobilization programmes were organized in Dibrugarh district to generate awareness on single use plastic waste collection, segregation and effective disposal under the Swachh Bharat Mission -G (SBM).

The campaign in the district was a joint initiatives of district water and sanitation committee, Dibrugarh administration and PHED.