Protests against the Citizenship Amendment Act continue in Dhemaji district 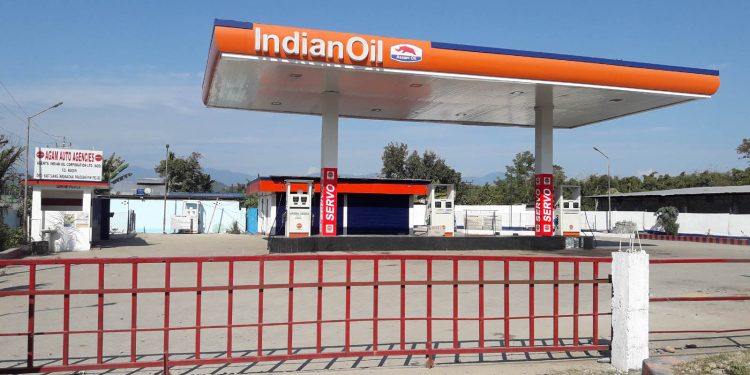 Dhemaji district and parts of East Siang and Lower Siang districts of bordering Arunachal Pradesh have faced fuel crisis as regular supply to oil depots in these areas is disrupted due to protests.

Massive protests against the Citizenship Amendment Act (CAA), 2019 at Gogamukh, Dhemaji town, Silapathar, and Simenchapori have disrupted the movement of fuel-carrying vehicles throughout Dhemaji and Lakhimpur districts.

Oil depots in Dhemaji district are running allegedly out of stock causing problems for the vehicle owners.

It is reported that some unscrupulous traders, taking advantage of the adverse situation, have created a black market and have sold petrol and diesel in soaring prices.

Petrol is being sold at Rs 250 to Rs 300 per litre in different parts of Jonai and Silapathar in the district.

The people of Jonai sub-division in easternmost Dhemaji depend upon oil depots in Arunachal Pradesh for fuel as there is no oil depot set up in the vast area.

It is reported that some oil tankers carrying fuel to Dhemaji and Arunachal Pradesh depots were stranded at different parts of the state due to ongoing anti-CAA protests.

With the improvement in the situation, the district administration of Dhemaji has taken steps for safe passage of the stranded oil tankers to the district.

The district administration has deployed security personnel to escort oil tankers plying towards Dhemaji and assured that fuel would be available in the oil depots from Monday.

Night curfew has been clamped in the district to tackle the law and order situation.

The protestors shouted slogans against the BJP-led central government for enforcing the Citizenship Amendment Act (CAA), 2019.

They also sharply criticized Assam chief minister Sarbananda Sonowal and finance minister Himanta Biswa Sarma for supporting the Act, which they term as “extremely harmful” for the indigenous Assamese community.

Following the appeal from the intellectuals and students’ leaders, the protestors have adopted a peaceful way of agitation avoiding violence or vandalism.

Observing public inconvenience and fuel crisis in the area, the protestors lifted road blockade on the National Highway.

The All Assam Students’ Union, Asom Jatiyatabadi Yuba Chatra Parishad, Krishak Mukti Sangram Samiti, and others have pledged to continue their anti-CAA movement.