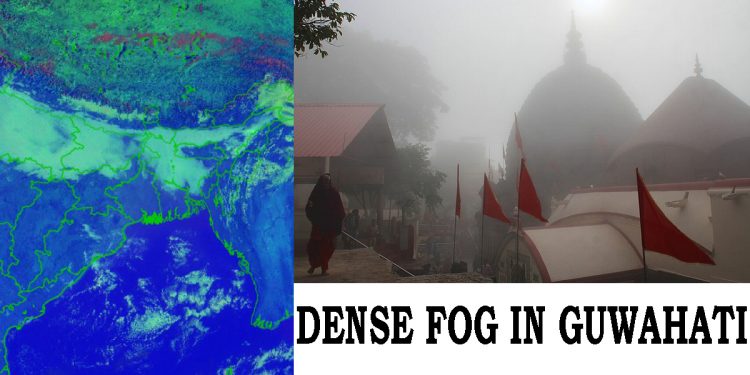 Since early morning on Sunday, the States of Assam, Meghalaya and Tripura witnessed heavy fog resulting in low visibility.

According to data released by the Indian Meteorological Department (IMD), visibility in Tripura capital city Agartala was recorded at 50 metres at 8:30 in the morning.

Meanwhile, visibility in the Assam towns of Tezpur and Dibrugarh was recorded at 200 metres as at 8:30am.

On the other hand, visibility in Guwahati was also recorded at 200 metres as at 5:30am.

Dense fog in the cities is likely to affect air travel as flights may get delayed or cancelled due to poor visibility.

Trains may also run late due to dense fog.