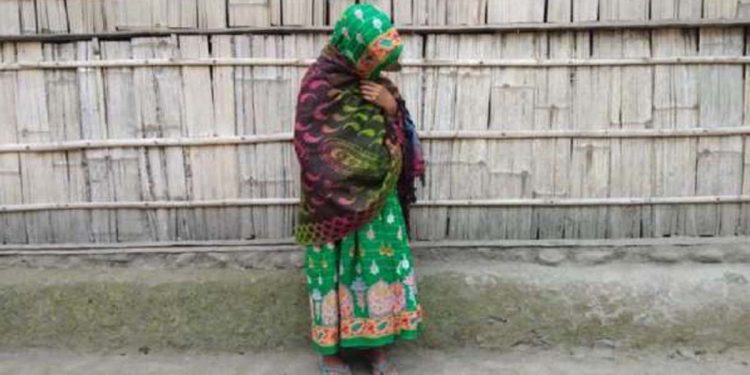 After Gauhati High Court’s rejection of a plea by Jabeda Begum, who was declared a foreigner by a Foreigners’ Tribunal, she has gone into hiding.

According to media reports, Jabeda Begum challenged the order of a Foreigners’ Tribunal that declared her a foreigner in Gauhati High Court.

But the High Court rejected her plea.

Jabeda Begum is a resident of Pub Goibari village in Baksa district along the Indo-Bhutan border.

Following the Gauhati High Court’s hearing, Jabeda Begum has reportedly gone hiding fearing detection and that she might be sent to the detention centre.

There are six detention camps for people, who are doubtful citizens or declared as foreigners.

The detention camps have been set up in jails in different parts of the state including Goalpara, Jorhat, Tezpur and Kokrajhar.

A report quoted her family members as saying that the police carried out a raid in her house earlier this week.

The report quoted Jamir Ali, a daily wage-earner and Jabeda’s neighbour as saying: “The police visited the residence on Wednesday. They came looking for Jabeda but she was not at home.”

The report quoted a senior Assam police official as saying: “We will act as per procedure.”

After an order issued by the Supreme Court in May last year, the declared foreigners are eligible for conditional release after three years in the detention camp.

It has been reported that Jabeda Begum is likely to move the apex court to appeal against the High Court’s verdict rejecting her plea challenging the Foreigners’ Tribunal which had declared her a foreigner.

As per media reports, in support of her claim as a citizen of India by birth, Jabeda Begum had submitted 15 documents including 1951 NRC record of a parent, their names in multiple voter lists, PAN card, bank documents, land payment receipts and certificates from the headman of her village regarding her relationship with her parents and her marriage to Rejak Ali.

However, the Gauhati High Court in its order said: “In the instant case, the petitioner claimed that she is the daughter of Lt. Jabed Ali and Jahura Khatun. She could not file any documents to link herself with her projected parents.”