Curtains come down on livestock and poultry show 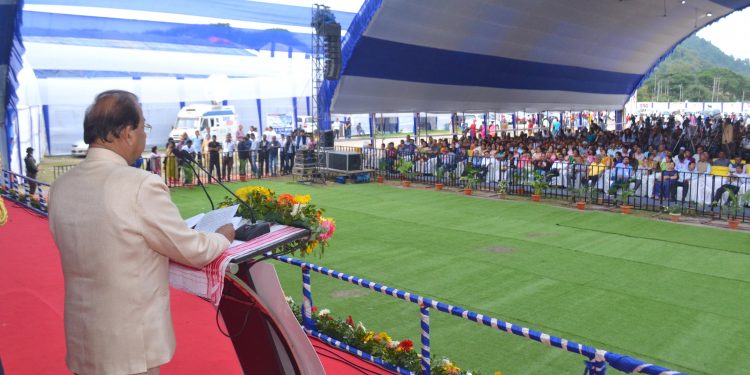 He called upon the stakeholders to create more entrepreneur-friendly environment for livestock industry to contribute to the growth of the State and country.

Speaking on the occasion, Prof Mukhi said India’s livestock sector is one of the largest in the world with a holding of 16 per cent of the world’s livestock population.

India has 56 per cent of global buffalo population and is ranked No 1 in the world in milk production.

India is third in egg and fifth in world’s poultry production which is why the sector is an important source of foreign exchange earnings.

The share of Assam in the country’s animal population is 3.25 per cent for livestock and 8.36 per cent for poultry.

The Governor also said that considering the high potential of the region, Northeast is considered as the New Engine of Growth.

India’s foreign policy to deal with country’s South East and East Asian Nations, Assam and other north-eastern states has a great role to play.

In the Act East Policy which has been enunciated by the Centre, Guwahati has been tipped to be the Gateway to South East Asian countries.

He also observed that these opportunities have opened a huge market and a vast consumer base for the livestock and poultry industry.

The Governor also stressed that the Northeast has a huge livestock population, however, the production and productivity has been low.

So, it is a crying need to develop the livestock scenario in the State.

He hoped that the National Livestock and Poultry Show organized after a gap of 24 years will give a future roadmap to assess the present position of Assam and elevate its position accordingly.

The Governor said that the show has given a commercial and scientific platform for all the stakeholders like farmers, entrepreneurs, industrialists, knowledge organizations, NGOs and others to share their knowledge and address the shortcomings coming on the way of livestock industry.

He also believed that the show helped the stakeholders to evolve strategies for the creation of more entrepreneur-friendly environment for livestock industry to contribute to the growth of the state and country.

The Governor also thanked the organizers for holding the show to exhibit different prominent breeds of economic importance, plants and machineries, modern technologies and best practices to the farming community.

Also awards were handed over to Sailesh Chaudhary for dairy farming, Ratan Gogoi for piggery, Dilip Chetia for poultry farming and Bhupen Deka for goatery farming.