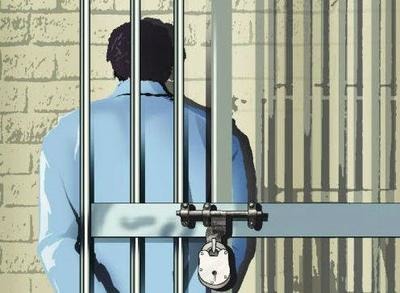 A total of 19 under trial prisoners (UTP) were released from Golahgat district jail in upper Assam.

The move came following the order of the Supreme Court passed in connection with the suo moto writ petition (c) no 01/2020.

The apex court on March 23 directed all the states and union territories to consider granting parole to prisoners in lesser offences to decongest jails of the country.

A bench headed by chief justice S A Bobde observed that the prisoners convicted of or charged with offences having jail term of up to seven years can be given parole to decongest jails.

In the meeting the members have resolved to recommend the concerning courts for release of some of the accused persons on bail or personal recognizance bond and accordingly these 19 prisoners were released on Sunday.

“I have apprised the committee that all the new UTPs are kept in a separate cell for a quarantine and complete sanitation as regards covid-19 protocol are maintained inside the jail. The doctors are regularly visiting the inmates and continuous awareness programme are being held inside the jail premises,” said MN Sharma, superintendent of district jail.”

“We have been asked by the superintendent of police to contact the family members of the prisoners and those who can afford to take the inmate from the jail by their own arrangement will be given pass from the concerning police station for their transportation.

“The rest cases of transportation of the would-be released prisoners would be taken by the district magistrate,” Sharma said.

Presently a total of 275 prisoners including under trial and convict are lodged in district jail, Golaghat.