This will be the second visit of Rahul Gandhi to Assam ahead of the Assembly elections in the State. 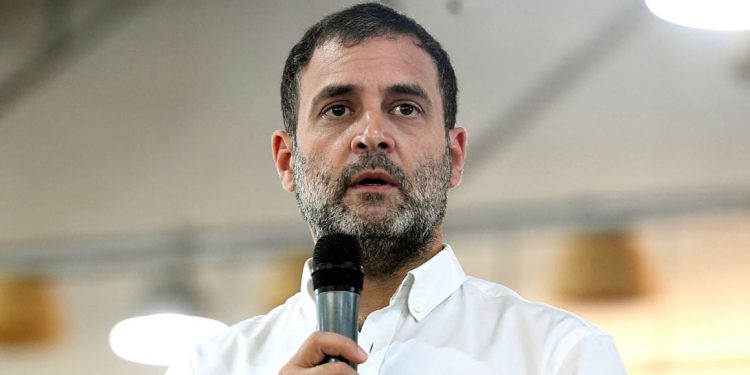 Congress leader Rahul Gandhi will be in Assam on a 2-day trip for election campaigning beginning March 19.

After arriving in the State on March 19, Rahul Gandhi will visit the Lahowal College in Dibrugarh where he will interact with the students.

Then, he will visit the Dinjoy Tea estate in Chabua and hold a meeting with the tea workers.

First, the Congress leader will address a mega rally at Mariani and then later will hold another public meeting at Gohpur.

This will be the second visit of Rahul Gandhi to Assam ahead of the Assembly elections in the State.

Earlier, last month Rahul Gandhi during his visit to Assam had addressed a rally in Sivasagar in which he gave a message that Citizenship Amendment Act (CAA) will be highlighted as the main agenda of the Congress.