Citizens’ groups, parties miffed at extension of AFSPA in Nagaland 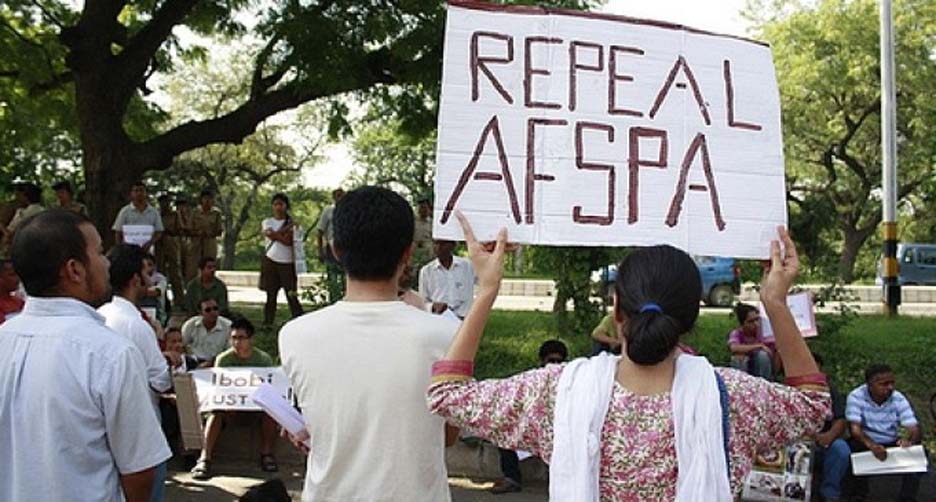 Naga citizens’ groups and political parties are miffed at the extension of the Armed Forces (Special Powers) Act in Nagaland by another six months.

The Centre through a notification on December 30 last year extended the law in Nagaland till July-end.

The AFSPA empowers security forces to conduct operations anywhere and arrest anyone without any prior notice.

Opposition leader and former chief minister TR Zeliang sarcastically said Nagas got the Citizenship (Amendment) Act, 2019 as a “Christmas gift” instead of peace accord between Naga groups and the Centre and now extension of AFSPA has come as a “New Year’s package”.

Naga Hoho general secretary K Elu Ndang said AFSPA is not relevant anymore in a civilised society and its applicability has no place in the modern world.

“AFSPA is only a means to terrorise and create fear among innocent people,” he said.

India being the largest democracy must live on the values of democracy and in the true spirit of secularism, Ndang said.

NMA president Abei-u Meru said, “I don’t see any reason or situation why AFSPA was extended in Nagaland. Is it to please the security forces?”

The NSF media cell condemned the move in a statement.

“A peaceful state like Nagaland is painted in a picture of chaos and lawlessness by the Centre’s notification, as the world is witness to the fact that Nagaland is not what it is made to look by the ill-intended notification of the central government.

“The extension of AFSPA is not for the maintenance of law and order in Nagaland but only a diabolic attempt of the Centre to further the suppression of the Naga people through militarisation and to encourage the numerous abuses and serious human rights violations by the armed forces which has been ongoing for many years,” it said.

The NSF also questioned “the overarching approach of the central government in extending the inhumane Act as law and order is the subject matter of the state government.”

The federation also reiterated its long-standing view that the AFSPA violates the Constitution as infringes upon the fundamental rights of the citizens and that the law must be repealed.

NTC general secretary Nribemo Ngullie, when contacted, said extension of AFSPA while giving hope for a settlement of the Naga political issue is “like handing over an olive branch or a piece of bread on one hand with a stick on the other.

“There is no peace in our minds under the draconian law and it is time that the GoI thinks how to soften AFSPA,” Ngullie added.