AFSPA extended in Nagaland for another six months 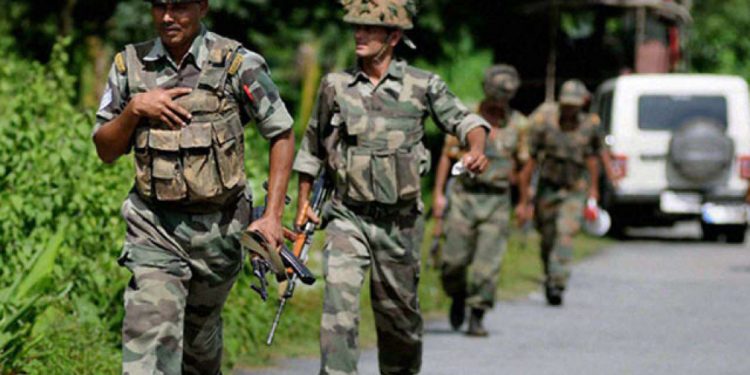 The Centre declared the whole of Nagaland as “disturbed area” under the Armed Forces Special Powers) Act [AFSPA], 1958, for a period of another six months.

A gazette notification issued by union home ministry said the “central government is of the opinion that the area comprising the whole of state of Nagaland is in such a disturbed and dangerous condition that the use of armed forces in aid of the civil power is necessary”.

“Now, therefore, in exercise of the powers conferred by Section 3 of the Armed Forces Special Powers) Act, 1958 (No. 28 of 1988) the central government hereby declares that whole of the said state to be a disturbed area for a period of six months with effect from December 30, 2019, for the purpose of that Act,” the gazette notification further said. 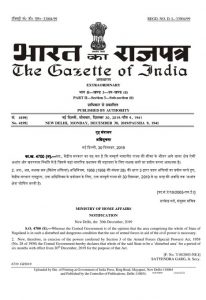 The AFSPA grants special powers to the Indian armed forces in the disturbed areas declared by the central government.

The Act has been in force in Nagaland for several decades and despite a framework agreement was signed in August 2015 by Naga militant outfit NSCN-IM, the Act was not withdrawn from the northeastern state.

The extension of the Act comes at a time when the Naga peace process is heading towards a final settlement.

The Centre this year held a series of talks with several Naga groups including the NSCN-IM to give a final shape to the Naga peace process after R.N. Ravi took charge as the new Nagaland governor, but the inking of a final agreement has been delayed.