In Guwahati alone, Rs. 13.25 core was lost in between Dec 11-25 for cancellation of hotel bookings: Jayanta Malla Baruah 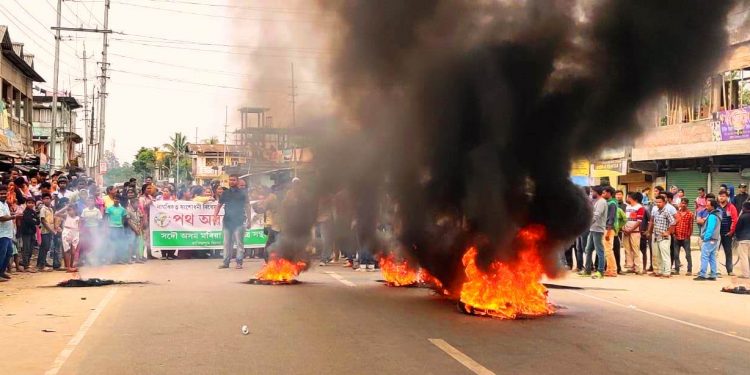 The tourism sector in Assam has suffered an estimated loss of Rs. 1,000 crore due to violence during protests against the Citizenship Amendment Act (CAA) 2019.

Chairman of the Assam Tourism Development Corporation (ATDC) Jayanta Malla Baruah said this on Tuesday while adding that the violence led to cancellation of bookings from domestic as well as foreign tourists.

“At least ten countries including USA, UAE, Canada, UK, Australia, France, Israel, Taiwan, Russia, and Singapore have issued travel advisories to their citizens following the incidents of violence in Assam,” he said.

“The image of Assam Tourism that we created with hard work for the last three years has been damaged,” claimed Baruah.

“Tourism is one of the worst affected industries due to violence. The tourism industry is unlike other industries. Once the image is damaged, it takes a lot of time to rebuild the same image,” he said.

Baruah said the bookings have been cancelled in all the tourist destinations in Assam this year.

“In Assam’s capital city Guwahati alone, Rs. 13.25 core was lost in between December 11-25 for cancellation of hotel bookings,” he said.

The ATDC chairman said the impact can be seen in different aspects.

There are 437 Jeeps in Kaziranga National Park that offers Safari service to the tourists.

“Earlier, they used to do at least two trips per day. However, due to lack of footfall this year, most of them were sitting idle,” he said adding that this has affected their families.

He said over 50,000 people, who were engaged directly or indirectly in the tourism sector, have been affected due to the recent violence in Assam.