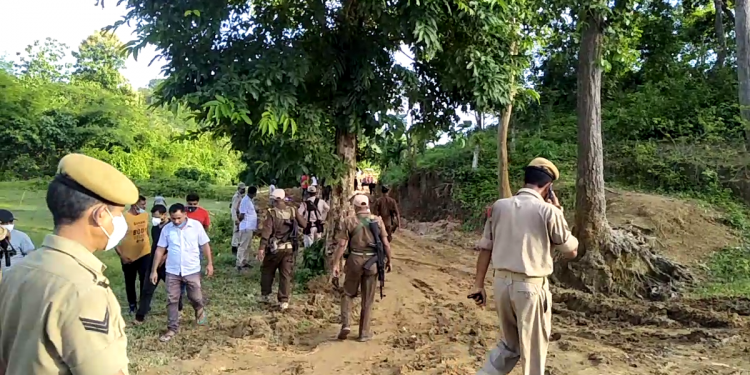 Rosiamngheta, a councillor of Aizawl Municipal Corporation (AMC), warned of repercussion if Assam continues with its “aggressive act” towards Mizoram.

In a letter addressed to the Assam chief minister on Monday, Rosiamngheta said “Mizoram was never ever a part of India and when the British annexed Assam, it demarcated a boundary, which was to be respected and not crossed over by the Mizos”.

In 1875, the British government and the then Mizo chief Suakpuilala agreed in unison to a point near Dholai river (now under Assam) as the boundary between the two places, he said.

Also read: Situation tense along Assam-Mizoram border, security beefed up on either side

Since then, the Mizos have accepted and have never heard or had any other boundary in their minds, Congress leader Rosiamngheta wrote.

In 1933, the British government determined the same boundary once again without the knowledge or consent of the Mizos, he said.

Mizoram was termed by the British as “Excluded Area” and was never included as part of India at that moment, he claimed.

“In 1950, India became a Republic and Mizoram became a part of India to be a District Council of Assam in 1953. I am sure that you have the knowledge that all inner line forest reserve of 507 square kilometers was included within the boundary of Mizoram District.”

“Taxes due to the government were collected in and for Mizoram However, as the state of Assam was the mentor, it got a share of 30% of the taxes,” the letter reads.

The North Eastern Areas (Reorganisation) Act, 1971 re-identified the inter-state boundary once again
without consultation or knowledge of the Mizos and much of the Mizo land under British rule was included into Assam territory, the letter said.

The erstwhile Mizo National Front (MNF) was forced to accept the new demarcation when it signed peace accord with India in 1987, it said.

“The boundary demarcated as per North Eastern Areas (Reorganisation) 1971 has never been accepted by the Mizo people. Assam has wrongly claimed possession over Mizo land by foredeal due to the Mizo yearning for peace and security,” the letter said.

Accusing the Assam government of planning to carve a district council for Bangladeshi infiltrators out of three border districts, Rosiamngheta said he welcomed such move but Assam government should not seized part of Mizoram territories in the process.

“I request you not to devise or support such strategy that would disturb peace in Mizoram. If not, we will all have to bear the consequences; for the Mizo youth cares to respond your barbaric expansion appropriately,” Rosiamngheta said in his letter.

He warned that any negative deviation on the part of Assam government or people would undoubtedly trigger undesired repercussion.

Although the Assam government may subdued the present Mizo National Front (MNF) government headed by chief minister Zoramthanga, the successive governments will put in their best to stand for their rights and withstand any encroachment on the land that belonged to their fore-fathers, he further stated.