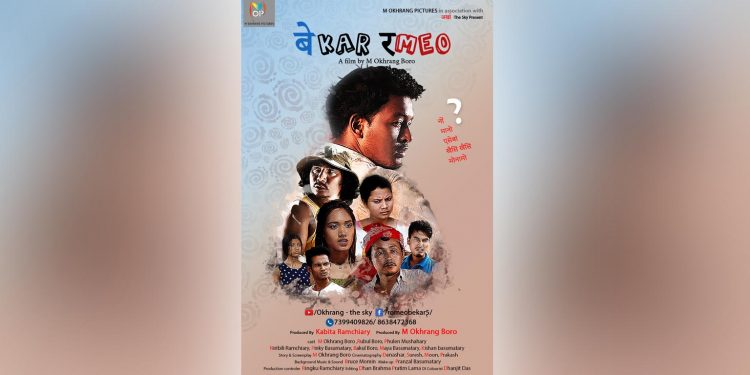 Bodo feature film Bekar Romeo, which is set to hit theatres in Assam on January 28, will address a number of socio-political issue of the state.

This was informed by M Okhrang Boro, who is debuting as a director with the film.

“With this film, I am trying to portray the social issues, prejudices and political instability of the BTAD region with a new perspective and a non-melodramatic way,” the 31-year-old director said while speaking to Northeast Now.

“All of my actors are making their debut with this movie. I firmly believe the social message in the film will be loved by the people,” Boro said.

“In the movie, I have tried to address a wide range of social issues as the film focusses on issues like unemployment, witch-hunting, the effect of bandhs on people’s lives, and hyper-local politics,” he added.

“Since movies cater to a wider mass, hence I believe it is a better medium to mould public. People of Assam, especially here in BTAD, will be able to relate to the issues portrayed in the movie,” he further said.

In a small function, the poster of the movie was also released and the actors interacted with the journalists and movie lovers present on the occasion.