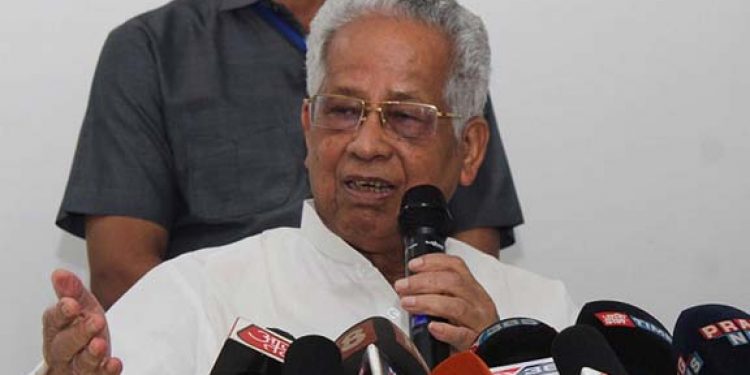 Lashing out at the BJP and Assam education minister Himanta Biswa Sarma,  former Chief Minister Tarun Gogoi said the Saffron party is misleading the people on Assam Accord.

“The BJP, especially education minister Himanta Biswa Sarma, is trying to mislead and confuse people on Assam Accord,” Gogoi said.

“They are attempting to dilute the ongoing protests against CAA,” Gogoi said.

He was addressing the media in Guwahati on Monday.

“They are trying to misguide and confuse the people of Assam as they want to accord a red carpet welcome to the illegal Bangladeshis,” Gogoi alleged.

“Himanta Biswa Sarma thinks that only he who knows and understand the Assam Accord. So he trying to point out as to how CAA is not against but in lines with the Accord,” the former CM added.

“He is trying to create confusion over the cut-off date mentioned in the Accord so that anti-CAA protests weaken,” Gogoi further alleged.

He further alleged that BJP, to prove their point can go to any level and they don’t even shy away from speaking blatant lies.

“Union home minister Amit Shah said there will be nationwide NRC but PM Modi said there was no discussion about NRC, which proves that the party can lie to any level,” Gogoi further alleged.

ALSO READ: Nationwide NRC to be over by 2024, says Amit Shah