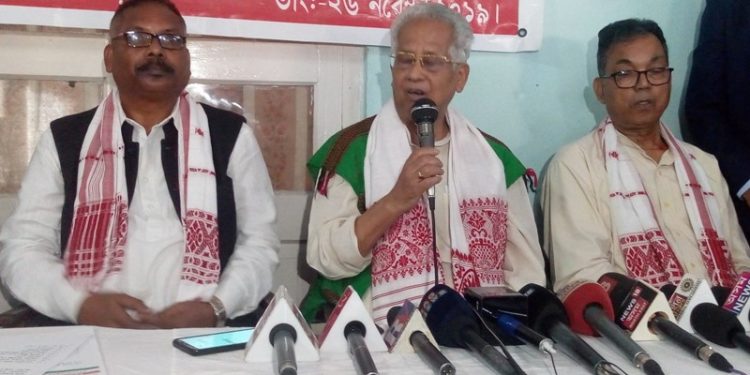 Firing salvo at Assam finance minister Himanta Biswa Sarma, former CM Tarun Gogoi on Friday questioned Sarma as on what basis did he say the BJP will win 100 seats in 2021 assembly polls?

“What is the basis of Himanta’s such a claim? How will they win 100 seats? He should see what the BJP had to face in Maharashtra and Jharkhand recently,” Gogoi said while addressing the media in Guwahati.

“Only way the BJP can win in 2021 is by scrapping the Citizenship (Amendment) Act (CAA),” Gogoi added.

He further called on Sarma to conduct elections in the state right now “if they are so sure about 2021”.

Himanta Biswa Sarma on Wednesday while addressing a peace rally in Barpeta asserted that the anti-CAA protests will help the BJP in the 2021 state Assembly polls.

“The people of Assam are with us as they know that CAA will not endanger the Assamese language, culture, and identity,” Sarma said.

“In fact, in the 2021 Assembly election we will win a record number of seats and form the government,” he reiterated.

Sarma’s statement evoked sharp reactions in Assam and several political leaders and commentators even mocked him for making the claim.