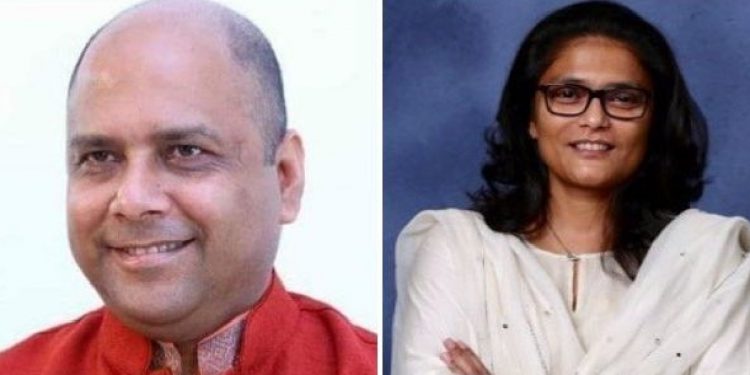 A simple election of District Sports Association (DSA) of Silchar in Assam is turning out to be a Battle of the Titans, and desolately ‘undemocratic’.

While 48 hours are left for the DSA Silchar’s polls, Assam chief minister Sarbananda Sonowal too has reportedly joined a ‘high-voltage politicking’ to ensure victory of a BJP candidate as the president.

At 4:21 PM on Thursday, Babul Hore received a call from Aminul Haque Laskar, Deputy Speaker of Assam Legislative Assembly, who handed over the phone to Sonowal.

Babul Hore told Northeast Now that Sonowal thanked him for ‘agreeing’ to step down from the post of president of DSA.

On November 19, Aminul Haque Laskar had requested Babul Hore to step down to make way for Dr Rajdeep Roy.

But, Hore had told the Deputy Speaker that he would step down only if the chief minister directly tells him to do so.

“Respecting request of the chief minister, I have decided to step down as DSA president,” Hore said.

Hore also said the chief minister and the Deputy Speaker told him to continue working with DSA, but in some other position.

“But, I am not contesting in any other post,” Hore, who is a well-known businessman of Barak valley, said, adding he also received a call from Dr Rajdeep Roy on Thursday morning.

Though Sonowal is a sports person himself, he had never shown such keen interest in elections of any district sports association in Assam.

Sonowal also served as the union sports minister, and was recently elected as the president of Assam Olympic Association.

But, what will Sonowal or Aminul Haque Laskar gain if Rajdeep Roy takes over as the president of DSA Silchar?

Rajdeep Roy is an orthopedic surgeon-turned BJP leader, and has no experience as a sports organizer.

He also never played any form of competitive sports.

Neither Sonowal’s spokesperson Hrishikesh Goswami nor Rajdeep Roy were available for comments.

While Goswami’s mobile was switched off, Rajdeep Roy did not receive his mobile phone.

Interestingly, Sonowal’s intervention is not going to be the end of the contest for Rajdeep Roy.

Former Congress MP from Silchar, Sushmita Dev is also not ready to allow her political rival to ‘avail a walkover’ in the DSA election.

For Sushmita Dev, it is now a matter of survival of her political legacy in DSA Silchar.

He was also an AIFF-empanelled referee.

Even the club house of the sports complex is named after her grandfather, Satindra Mohan Dev.

Sushmita Dev told Northeast Now that even in absence of Babul Hore, a strong candidate would contest on Sunday against Rajdeep Roy.

“We are seeing the beginning of the end of sports and sporting activities in Silchar,” Nishit Ranjan Laskar, a former national level footballer, said.