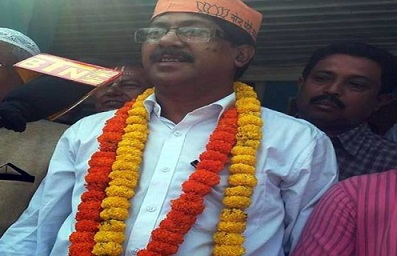 At a time when the Bharatiya Janata Party-led NDA Government at the Centre has moved to implement the Citizenship (Amendment) Bill, 2016 and the party-led State Government is in support of the Bill, the Sonai BJP legislator, Aminul Haque Laskar, on Tuesday received a threat letter with bullets to quit the BJP and demanded scrapping of the Bill.

The letter was allegedly sent via postal service by the Barak Valley-based organisation – Save Secure and Development Protection Force of Muslim.

Through the undated letter, signed by one Haidar Hussain Khan, vice-chairman of the so-called organization, in-charge of Barak Valley, asked Haque to quit the BJP within 15 days.

In the letter, the so-called vice-chairman of the organization told Haque: “If you (Aminul Haque Laskar) won’t quit the BJP within 15 days then get be ready to die along with your family.”

The legislator has lodged an FIR at Silchar Sadar Police Station on the matter.

The letter also stated that the BJP legislator won’t be able to protect himself even he is suroounded by bodyguards.

It may be mentioned that the Citizenship (Amendment) Bill, 2016 received a huge support in the Barak Valley during the Joint Parliamentary Committee’s public hearing on the Bill on May 8 and 9, 2018 at Silchar while the Bill faced a massive protest during the JPC’s public hearing at Guwahati on May 7, 2018.