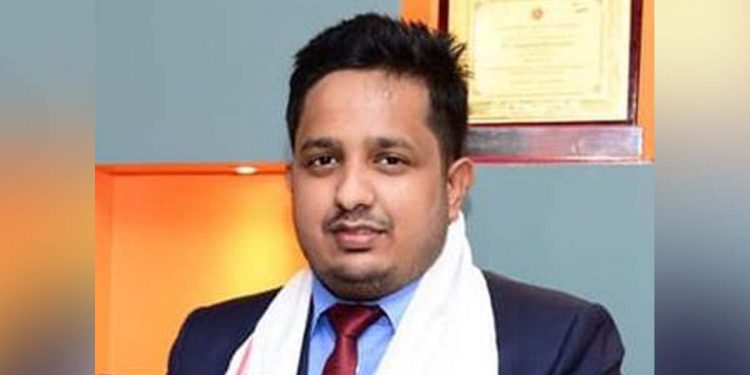 In a big honour for Rotaract District 3240, Assam youth Tushar Jalan has been conferred the ‘Outstanding DRR Award of South Asia’.

Due to Covid19 restrictions, the award was handed over in a virtual award ceremony by the Rotaract South Asia MDIO president.

The virtual event was attended by District Heads of Afghanistan, Bangladesh, Bhutan, India, Nepal, Pakistan, Sri Lanka and the Maldives.

The award is presented annually to District Rotaract Representative (District Head) in the South Asian countries for their exemplary leadership and service.

Under his leadership, Rotaract in North East India & North Bengal has achieved 122% growth in membership while 22 new branches have been opened.

Many projects have also been executed, specially during Assam floods and under his leadership, 1,200 families in 5 districts of Assam have been helped by Rotaract.

The main flagship project was Rotaract 3240 cares through which more than 7,000 families were provided on-ground help during COVID19 pandemic in various ways.

A Bosconian, Tushar passed out of Don Bosco School, Pan Bazar in Guwahati.

Tushar epitomizes the words of author Elizabeth Andrew: “Volunteers do not necessarily have the time, they just have the heart; by visualizing the impossible, they begin to see the possibilities.”

“The best way to get to know a community and its people is through volunteering. We need to encourage our younger generations to get involved in their communities so that our communities continue to grow and also develop their professional skills,” Tushar said.

“It also keeps youth away from unwanted activities and makes them better and responsible citizens,” Tushar added.