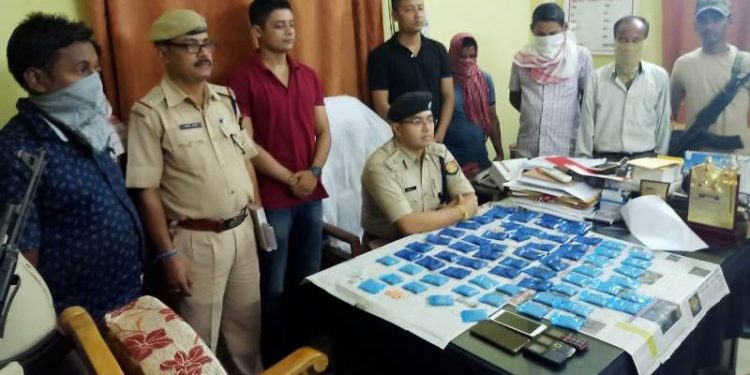 Police said acting on a tip off, a team of Cachar police led by DSP (HQ) A J Baruah carried out a raid at Arkatipur, Baskandi road of the town and arrested five persons with the Yaba tablets.

The police team recovered 62 packets of suspected What’s Yours (WY) or Yaba tablets, each packet containing 200 tablets, worth around Rs 30 lakhs in the market.