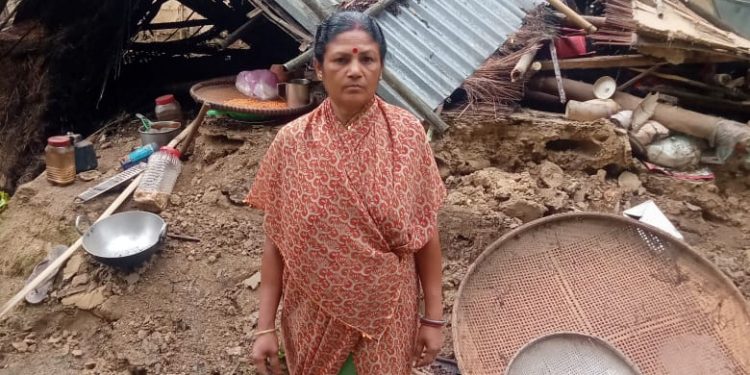 On one hand, the third wave of floods has hit hard the villagers in Hojai, on the other hand, the wild tuskers are unleashing terror in the area.

On Monday, a wild tusker in search of food came out of the Dighalbari reserve forest and wreaked havoc.

However, they were lucky enough as the villagers hearing the scream fled the scene.

“The incident took place at around 3 am, when suddenly an elephant in search of food, attacked our home. The elephant destroyed our house. We screamed aloud, the nearby residents came to rescue us, luckily we were saved, now we have nothing to eat and no roof, already the third wave of flood has hit us hard, then this Jumbo’s attack, the government should provide us aid immediately,” said Jyotika Kurmi, a victim.

“The animals are suffering from scarcity of food at the reserve due to continuous flood within these two months, as a result, they are moving towards the village,” another villager said.

Villagers also alleged the Forest department doesn’t give heed to their complaints and doesn’t take major steps to stop the increasing man and animal conflict.