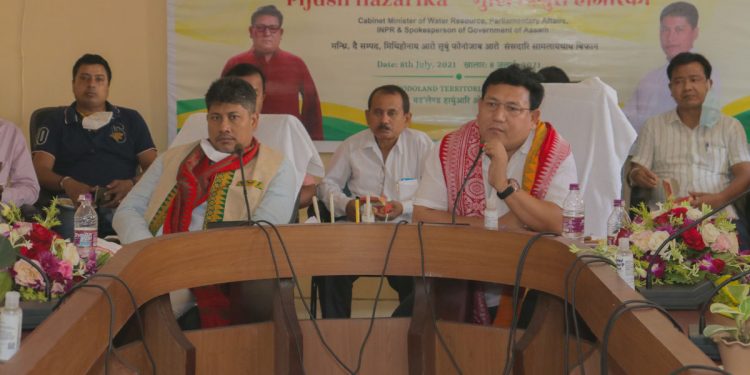 Assam water resources ,minister Pijush Hazarika and BTC CEM Pramod Boro during a meeting on floods and erosion in Kokrajhar

The minister sought detailed information from the department concerned on the flood and erosion problems and measures that need to be taken in the four districts of Kokrajhar, Chirang, Baksa and Udalguri.

Hazarika also visited the construction sites of the Kokrajhar Medical College and Hospital at Beswargaon.

He also visited the Gaurang river in Kokrajhar to take stock of the erosion problem.

“I have sought the detailed information on the rivers and erosion caused by them in the BTR so that immediate measures can be taken to address these issues effectively,” said Pijush Hazarika.

The minister will also tour Chirang on Friday and take stock of the flood situation there.