Flash floods and landslides kill 10 in Bhutan, three in Nepal

Many homes have been washed away in the flash floods. 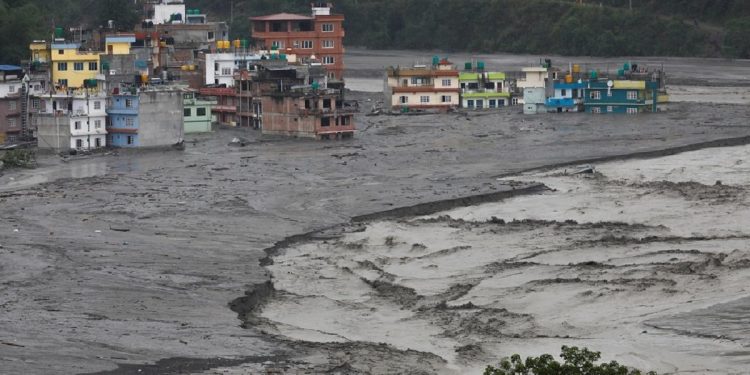 At least 10 people have been killed in Bhutan and another three have lost their lives in Nepal after flash floods and landslides triggered by heavy rains hit the Himalayan countries.

Those killed in Bhutan by the landslide were cordeycep (fungus used in medicines) collectors, who were camping at a remote mountain camp near Laya.

The landslide completely washed away the mountain camp in Bhutan on Wednesday killing 10 people and injuring five.

“Our hearts are with the people of Laya today, as we hear about the tragedy that struck a group of cordeycep collectors in the highland,” Bhutan Prime Minister Lotay Tshering said.

Meanwhile, in Nepal, three people have lost their lives and another seven people are reported missing in Sindhupalchowk district, bordering Tibet in China, after heavy rains triggered flash floods in the Melamchi river.

Many homes have been washed away in the flash floods.

The Nepal Army has been pressed into service and its helicopters are trying to rescue those trapped in the marooned houses.

“We have not been able to access the true extent of the damage,” a Nepalese official was quoted as saying by Al Jazeera.

Many killed in monsoon flash floods, landslides in #Bhutan, #Nepal