Over 300 commandos of the Assam and Arunachal Pradesh Police combined took part in the operation. 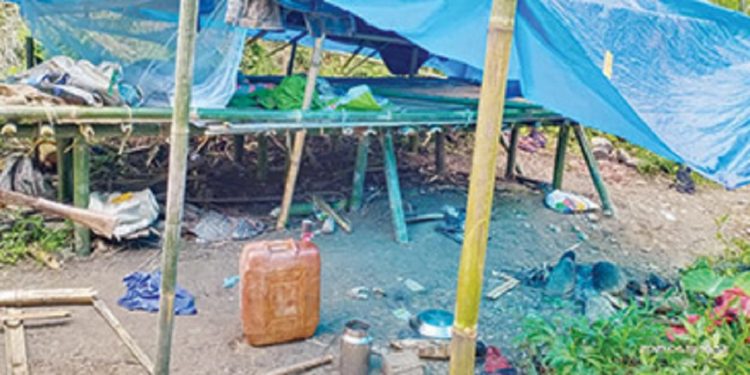 Training camp of the banned National Liberation Front of Bodoland (NDFB) have reportedly been destroyed in a joint operation conducted by the Assam and Arunachal Pradesh Police Forces.

The NDFB camp was located deep inside the dense forests of Pakke-Kessang district in Arunachal Pradesh bordering Assam.

Over 300 commandos of the Assam and Arunachal Pradesh Police combined took part in the operation.

It is being suspected that militants of the NDFB, disguised as “timer operators” were imparting training to the new recruits in the camp.

“The camps were recently built and most probably the people may have been engaged in the garb of timber operators,” the Arunachal Pradesh Police said in a statement.

However, no militants could be apprehended in the operation, even after a thorough search was conducted.

“They must have fled the jungle on seeing the team,” read the police statement.

Notably, dummy wooden weapons have been recovered from the site conforming that the hideout was being used as a training camp.

“The recovery of dummy wooden weapons generally used during training raises the question of whether training activities were being planned at the camps,” the statement added.

“In future, such massive joint operations by the Assam Police and APP commando units in the border areas against underground operatives, antisocial elements and even illegal timber operators and poachers shall continue with focused determination,” the police further stated.