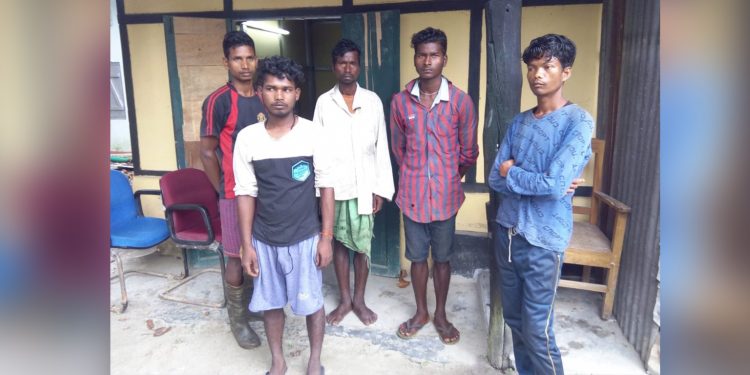 The arrested poachers have been identified as Kudos Tudu, Binod Soren, and Swklw Hembrom. The two encroachers are Harma Mardi and Bishnu Mardi.

Range officer Dhirendranath Basumatary said, “A patrolling team of forest department was on the way to Chirang forest when we noticed some people cutting trees illegally in the jungle.”

“Acting fast we nabbed two encroachers, while two managed to escape,” he said.

“Later, we nabbed three poachers from inside the jungle,” Basumatary added.

Sharp weapons were also seized from the poachers’ possession.