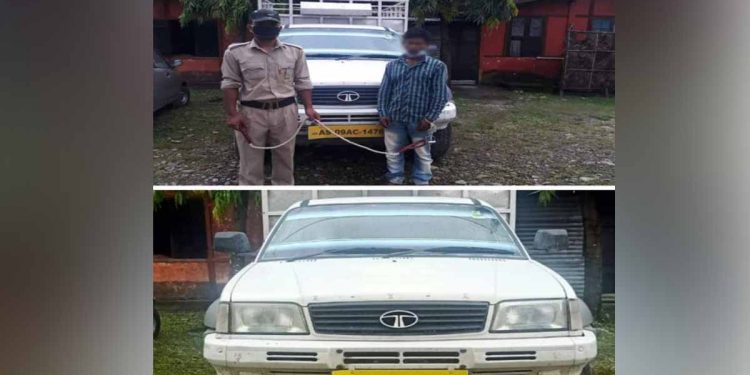 The Lakhimpur Police recovered a stolen vehicle and seized banned substances in two separate operations in the last 24 hours.

A pick-up truck stolen from Laluk in Lakhimpur district was recovered in Moran in Sivasagar district on Monday.

The arrested vehicle lifter has been identified as Shahjahan Ali (26) of Azad Tiniali, Laluk.

Both the operations were conducted by Pranab Bora, Officer-in-Charge of Laluk Police Station in cooperation with Moran Police Station and Harmutty Police Out-post.