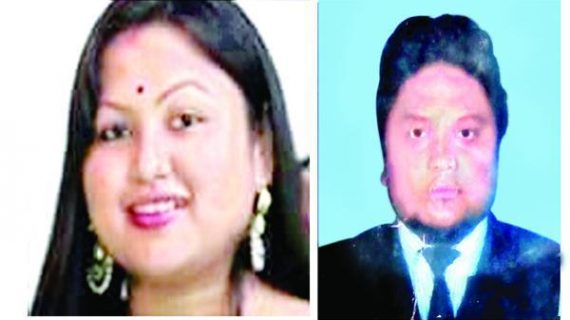 Debasish Khargharia of Sivasagar in eastern Assam was finally nabbed by the police from Six Mile in Guwahati on Wednesday night. However, his wife is still absconding.

Debasish and his wife were wanted on charges of abetting the suicide of Debasish’s parents Rajani Khargharia, once an established businessman, producer of television serials and his wife Rubi Khargharia of Sivasagar in eastern Assam.

Police sources informed that arrested Debasish Khargharia has been taken to Sivasagar for further investigation on Thursday. The investigating officer informed that he would be produced in the court on Friday.

Allegations were rife that Debasish Khargharia, an ONGC employee and the only son of the unfortunate elderly couple, neglected them at their old age.

Notably, Rajani Khargharia has left an 11-page suicide note where he explained about the neglect he along with his wife had received from their son, Debasish Khargharia and daughter-in-law during their life.

Debasish Khargharia, for whose prosperity, the Khargharia couple did everything, sold their house, land and costly vehicle and even a hotel, had gone underground, following the incident.

Debasish Khargharia did not even go to the rented house at Sivasagar town where the Khargharia couple committed suicide on July 1 last to see his parents for the last time.

Debasish and his wife were allegedly hiding in his in-law’s place, but gave the police a slip when they reached the place.

One of the daughters of Rajani Khargharia, the youngest sister of Debasish Khargharia, has lodged an FIR at the Sivasagar Police Station against her brother (Debasish) holding him responsible for their parents’ death.

Notably, Debasish’s wife being an Assam Government employee may come under the ambit of the Assam Employees’ Parents Responsibility and Norms for Accountability and Monitoring Act, 2017 (PRANAM Act).

On the other hand, ONGC authorities are also likely to take action against Debasish.