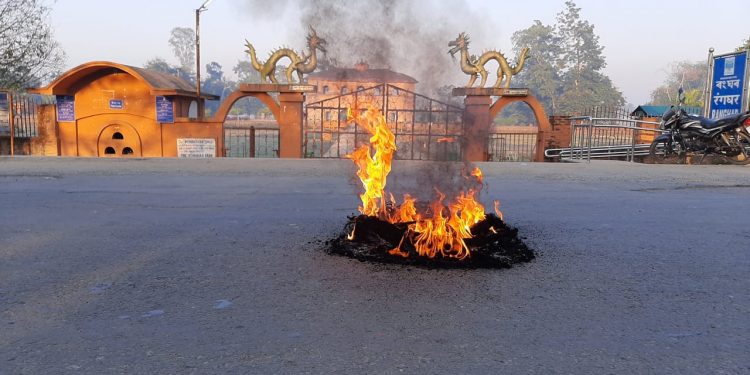 Sivasagar in eastern Assam wore a deserted look on Monday even as the shutdown call against Citizenship (Amendment) Bill evoked total response.

Bandh supporters in large numbers took to the streets of Sivasagar town and its adjoining areas to register their protest by burning tyres.

While voicing their anguish against the contentious CAB, the protestors also shouted anti-BJP, anti Modi government and anti-Sonowal government slogans.

The business community of the district has also extended their support to the shutdown call.

All business establishments and commercial institutions kept their shutters down on Monday in support of the bandh call.

Vehicular traffic, both commercial and private kept off the roads.