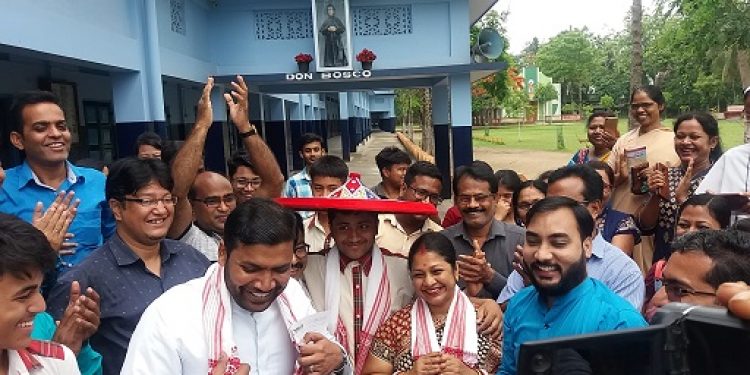 Sagnik Bainik of Don Bosco High School in Assam’s Hojai has secured tenth rank in the High School Leaving Certificate (HSLC) 2019 examination, the results of which have been announced on Wednesday.

Sagnik is the son of Samir Kumar Bainik and Suparna Bainik resident of Gobindapally in Hojai.

Sagnik has secured 583 marks out of 600 and letter marks in all the subjects.

Talking to NorthEast Now, Sagnik said he use to study with consistency for eight to nine hours daily and also use to take break in between studies for refreshment and to play cricket.

He will pursue his further studies in science stream from Hojai and wants to become a good doctor and work for the welfare of the society.

According to Sagnik there is scarcity of good doctors in comparison to number of patients.

He asserted Sagnik Bainik is the first student to bring laurels to the school and has cracked the pages in history of Don Bosco High School, Hojai since its inception in the year 1971.

“This is the reward of hard work, sincerity of Sagnik, his parents and team work of all school teachers,” Bistis added.

His parents and people of Hojai District are very happy on Sainik’s performance.